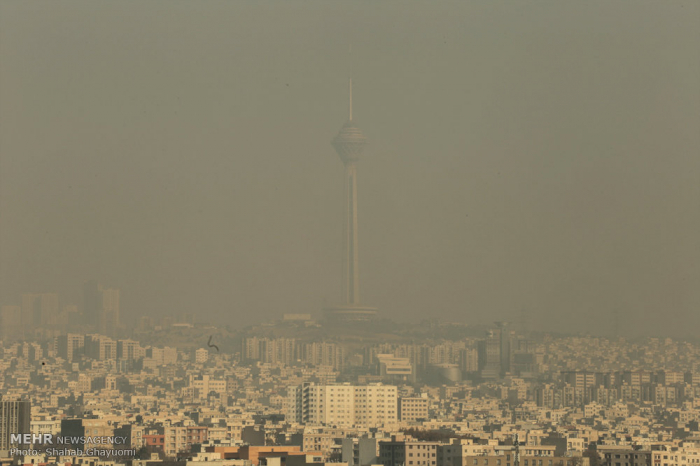 Schools in Iran's Tehran province have been ordered shut until Friday due to severe air pollution, authorities announced, extending their closure to a full week, AzVision.az reports citing AFP.

Tehran city was cloaked by thick toxic smog for a third successive day on Monday that blanketed out landmarks like Milad Tower and the snow-capped Alborz mountains.

"All of Tehran province's schools... except Firuzkuh and Damavand counties are closed for the week due to increasing air pollution," governor Mohsen Bandpey told reporters.

Average airborne concentration of the finest and most hazardous particles (PM2.5) was at 147 microgrammes per cubic metre in the 24 hours to midday Monday, according to government website air.tehran.ir.

That is close to six times the World Health Organization's recommended maximum of 25 microgrammes per square metre.

Pollution worsens in Tehran during winter, when cold air and a lack of wind traps hazardous smog over the capital for days on end, a phenomenon known as thermal inversion.

Iranian media and officials have however slammed the school closures as a limited measure to address the problem.

Shutting schools on Saturday and Sunday had evidently "not helped to improve Tehran's air quality", Donya-e Eqtesad daily wrote, calling it the "minimum necessary measure" the authorities could take.

Iran's judiciary chief Ebrahim Raisi said the "roots" of the problem must be addressed.

The sprawling capital is one of the world's most polluted cities.

According to a World Bank report last year, most of the pollution in the city of eight million is caused by heavy duty vehicles, motorbikes, refineries and power plants.