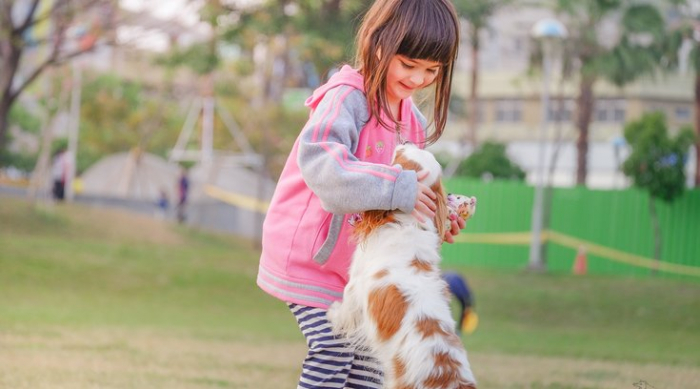 Living with a pet dog in childhood may be linked to a reduced risk of schizophrenia in adulthood.

Researchers studied adult patients at Sheppard Pratt Health System in Baltimore, 396 with schizophrenia and 381 with bipolar disorder. They compared them with 594 healthy controls. The participants reported whether they had had a dog or a cat in the household when they were children and, if so, the first and most recent time they had contact with the animal. The findings appeared this month in PLOS One.

More than half of the subjects had dogs, and about a third had cats before their 13th birthdays. After adjusting for other characteristics, the scientists found that exposure to a dog at any time in childhood was associated with a 24 percent reduced risk for schizophrenia. Those exposed to dogs at birth were 55 percent less likely to have schizophrenia than people who had not been exposed at all.

There was no significant effect of exposure to cats, and no effect of either animal on the risk for bipolar disorder.

“We don’t know the mechanism,” said the lead author, Dr. Robert H. Yolken, a professor of pediatrics at Johns Hopkins University in Baltimore, though he noted that the microbiome, or collection of gut bacteria, of people with schizophrenia is different from that of controls. “One possibility is that having a dog in the house causes a different microbiome and changes the likelihood of developing a psychiatric disorder,” he said.