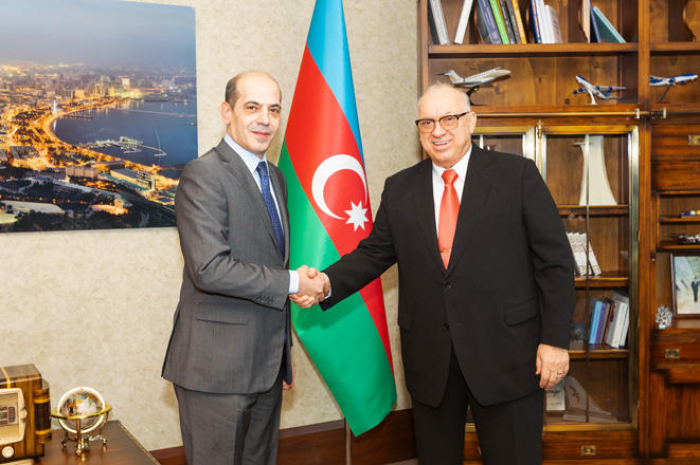 The meeting was held following the official visit of King of the Hashemite Kingdom of Jordan, Abdullah II ibn Al Hussein, to Azerbaijan on December 10 this year. During the visit, President Ilham Aliyev instructed the leadership of “Azerbaijan Airlines” to launch direct flights between the two countries.

Jahangir Askerov and Sami Asem Ghosheh agreed that upon completion of all procedural issues, flights between Baku and Amman shall commence as from late May 2020.

Flights shall be operated twice a week on Embraer 190 by Buta Airways.


During the talks, Jahangir Askerov noted that the opening of direct flights will further encourage development of tourism and business relations between the two countries.

Sami Asem Ghosheh expressed his confidence that the new flight will generate strong interest among citizens of both countries. According to him, he will hold talks with the largest travel companies in Jordan whose representatives will make a familiarization visit to Baku in the near future.