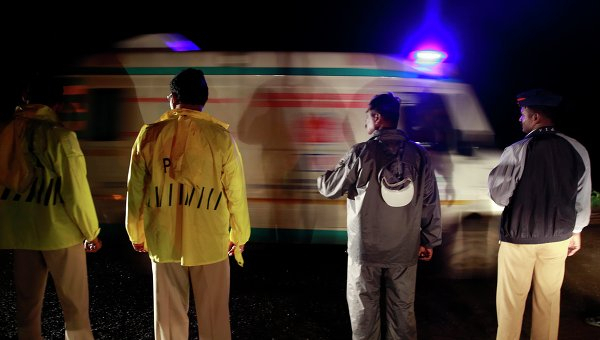 The accident took place on the National Highway that links the resort town of Manali in Himachal Pradesh state to the union territory of Chandigarh. The people were travelling on board a bus with some 50 passengers to the famous tourist place of Manali to celebrate on New Year’s Eve, AzVision.az reports citing Sputnik.

At least 15 persons were injured on Tuesday morning after a bus in which they were travelling fell into a gorge in India’s Himachal Pradesh state, media reports quoted a local police official as saying.

The injured tourists were students from the Calicut Sat Mangalam MES Educational Institute in Kerala state, the news broadcaster News18 quoted a top police officer in Himachal as saying.

He revealed that the bus overturned while crossing Gambhar Bridge. The injured have been admitted to the Bilaspur district hospital.

The tourists had boarded the bus from the Indian capital, New Delhi.