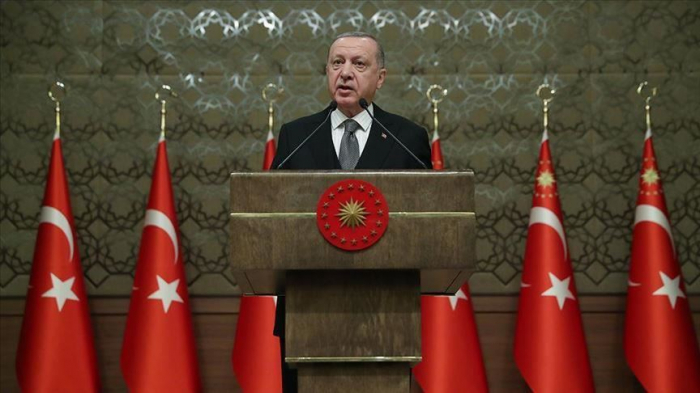 "200,000 to 250,000 refugees are moving toward our border. We are trying to stop them, but it is not an easy task. It is difficult, because you are dealing with human lives,” Erdogan said at an event in the capital Ankara.

The president questioned the humanitarian sensitivities of those who oppose foreigners in their cities, at a time when Turkey is hosting 5 million refugees, including 4 million Syrians.

Since the eruption of the bloody civil war in Syria in 2011, Turkey has taken in millions of Syrians who fled their country, making Turkey the world’s top refugee-hosting country.

Ankara has so far spent $40 billion on the refugees, according to official figures.

Pointing at the ongoing protests in France against a proposed pension reform, Erdogan said: “The western cities which have been the so-called symbol of law, order and freedom have suddenly turned into open-air prisons.”

France currently has 42 different pension programs for different sectors, but the government proposed to unify those systems into one pension scheme.

The plan would lift privileges granted to civil servants and gradually increase the retirement age from 62 to 64, a move expected to adversely affect many sectors.

Erdogan said security in a city is important and taking all kinds of measures against terrorism and crimes are among the major responsibilities of a government.

"No one will believe your sincerity if you take sides with those trying to drag chaos on to the streets of Istanbul, but take swift actions when the same incidents happen in Paris, London, Berlin and New York.”

Erdogan also criticized the Arab League which passed a resolution that rejects “foreign interference in Libya”, a reference to a recent maritime and military agreement between Libya and Turkey.

“Who is Turkey hosting right now? Almost all of the 4 million refugees who come to our country are mostly Arabs, Arabs from Syria. There are 350,000 Kurds among them,” Erdogan said, adding that Turkey not only provides a safe shelter for these refugees, but also provides them with food and healthcare.

“You are safe to the extent of value you attach to your people and those who take refuge in your country,” Erdogan said.

On Nov. 27, Ankara and Libya's UN-recognized Government of National Accord (GNA) signed two separate pacts: one on military cooperation and the other on maritime boundaries of countries in the Eastern Mediterranean.

Since the ouster of late leader Muammar Gaddafi in 2011, two seats of power have emerged in Libya: one in eastern Libya supported mainly by Egypt and the United Arab Emirates, and another in Tripoli, which enjoys UN and international recognition.