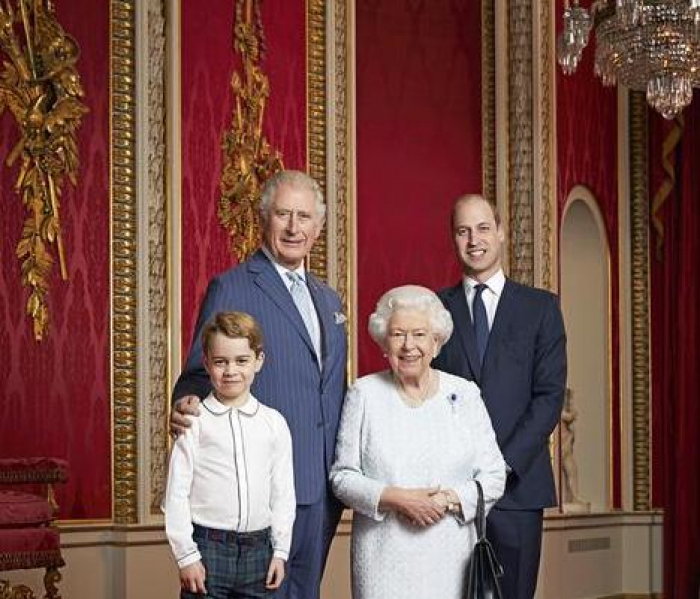 Buckingham Palace has issued a new photographic portrait of Queen Elizabeth, her son Prince Charles, her grandson Prince William and her great-grandson Prince George to mark the start of a new decade.

This is only the second time a portrait of the queen and the three future monarchs has been released, according to the palace.

The portrait was taken by the photographer Ranald Mackechnie in the Throne Room at Buckingham Palace last month.

A previous portrait of the four generations of the royal family taken by the same photographer was released in April 2016 to celebrate the queen’s 90th birthday and was then used on special commemorative stamps.