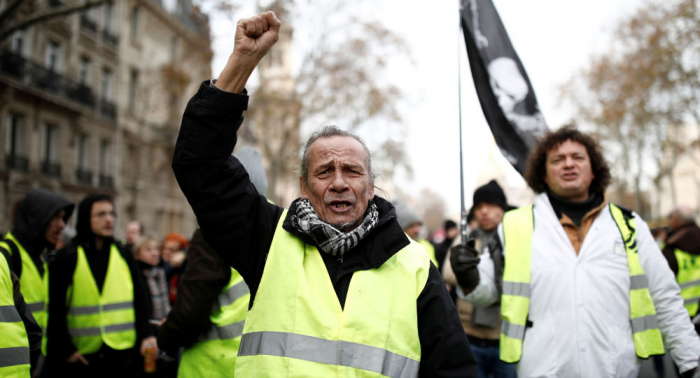 Yellow Vests’ continue their campaign against planned pension reforms by marching through the streets of Paris.

France's new pension reform calls for the introduction of a universal system that will apply to every citizen, marking the end of so-called special regimes for different workers and correcting the injustices of the current system, French Prime Minister Edouard Philippe said.

The nationwide strike began in early December in response to the government's plans to replace 42 different pension schemes with a universal, points-based system. The decision has angered many public service employees.