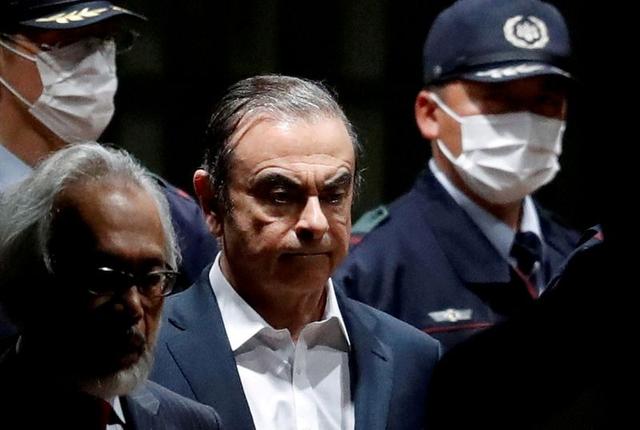 Japan on Monday said it could still press Lebanon to extradite Carlos Ghosn, after the former Nissan Motor <7201.T> boss skipped bail to become a fugitive in a country that normally does not extradite its nationals.

In the Japanese government’s first briefing since Ghosn fled to his childhood home of Lebanon, Justice Minister Masako Mori gave little insight into the events of the escape, repeatedly telling reporters she could not comment on specifics because of an ongoing investigation.

The ousted boss of Nissan and France’s Renault (RENA.PA) was forbidden from leaving Japan while awaiting trial on charges of financial misconduct, which he denied. However he fled at the end of last year, saying he escaped a “rigged” justice system.

Mori noted that as a general principle, Tokyo could possibly request extradition from a country with which it has no formal extradition agreement.

Such a request would need to be carefully examined based on the possibility of “guaranteeing reciprocity and the domestic law of the partner country,” Mori told reporters in Tokyo.

She did not elaborate on what would be required to guarantee reciprocity - the idea that benefits or penalties extended by one country to citizens of another country should be returned. She also did not say whether there were any Lebanese nationals in Japan that were wanted by authorities in their home country.

Japanese officials on Sunday broke days of silence about the Ghosn case, saying they would tighten immigration measures and promising a thorough investigation. Authorities have also issued an international notice for his arrest.

All government offices and most businesses in Japan have been shut for the New Year holidays, which formally ended on Monday.

Lebanon has said it received an Interpol arrest warrant for Ghosn and that Ghosn entered the country legally. A senior Lebanese security official has said Lebanon does not extradite its citizens.

Mori also defended Japan’s justice system against Ghosn’s charges that it was “rigged” and discriminatory.

In Japan, suspects who deny charges against them are often detained for long periods and subject to lengthy questioning without a lawyer present, a system critics call “hostage justice”.

She said any criticism leveled at the justice system could not be used to justify his escape.

“Departure in an unjust way without proper procedure is tantamount to smuggling, an illegal departure amounting to a crime.”