A weekend of bushfire devastation in Australia – PHOTOS 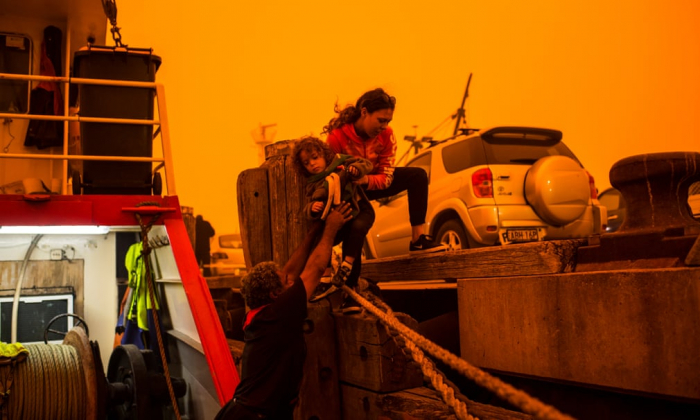 Extreme heat and strong winds cause fires in NSW, Victoria and South Australia to flare again. Scores of homes are destroyed and skies across south-east Australia turn orange, red and black as smoke blankets vast tracts of the country.

AzVision.az presents the photos published on the Guardian. 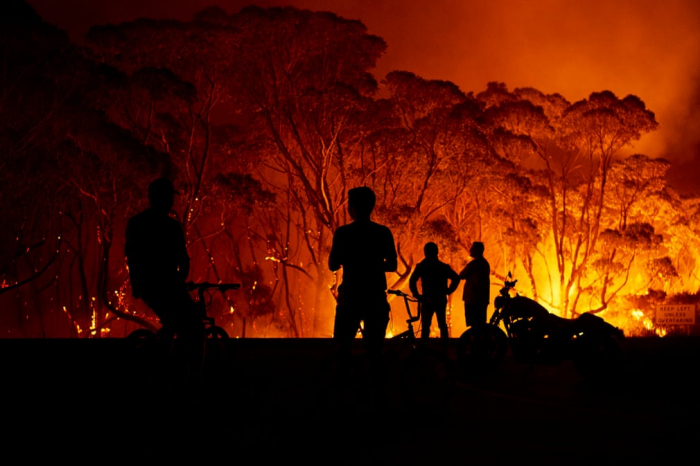 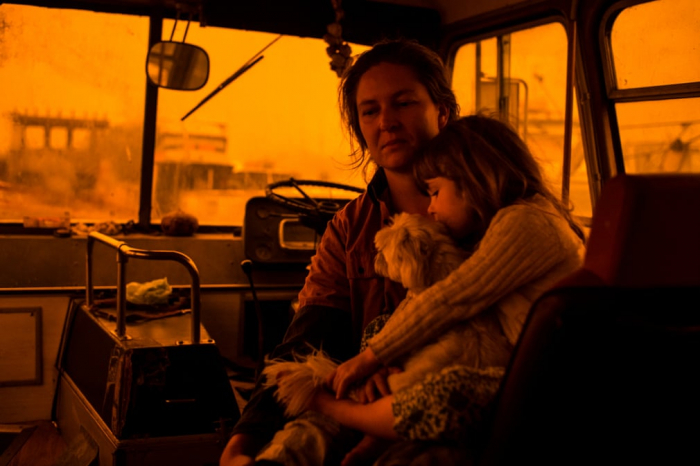 Shelley Caban and her daughter Pearl, four, who have been living in a bus on the wharf at Eden with the rest of their family and animals since evacuating their home in Nethercote on New Year’s Eve.
Photograph: Andrew Quilty/The Guardian 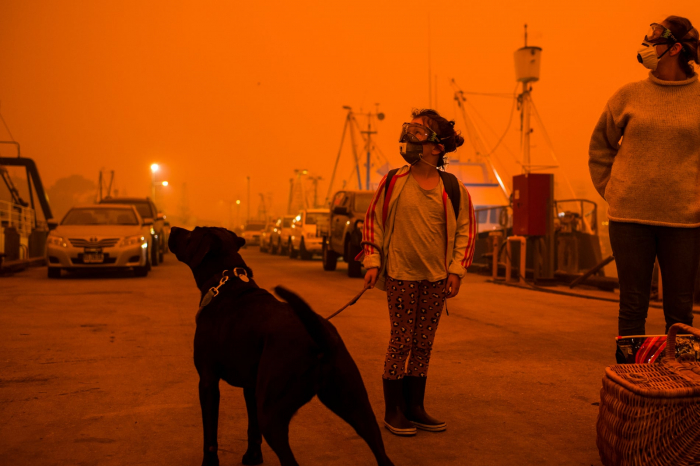 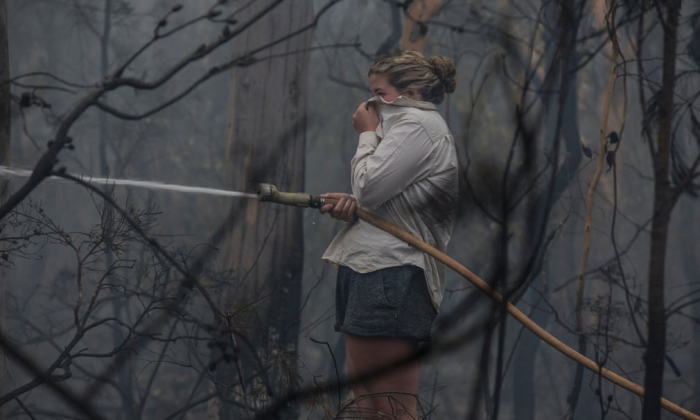 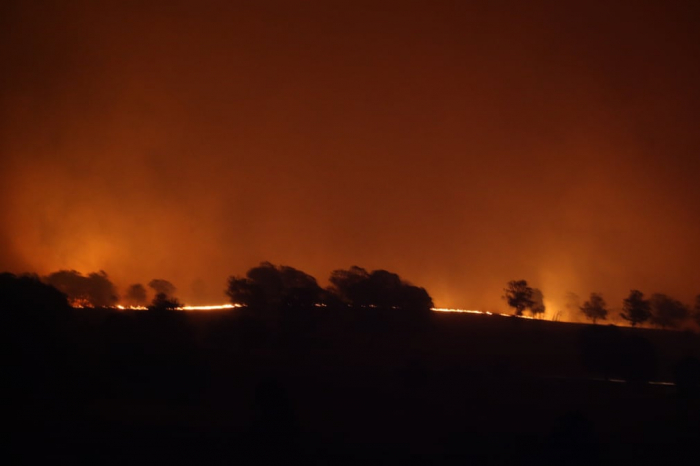 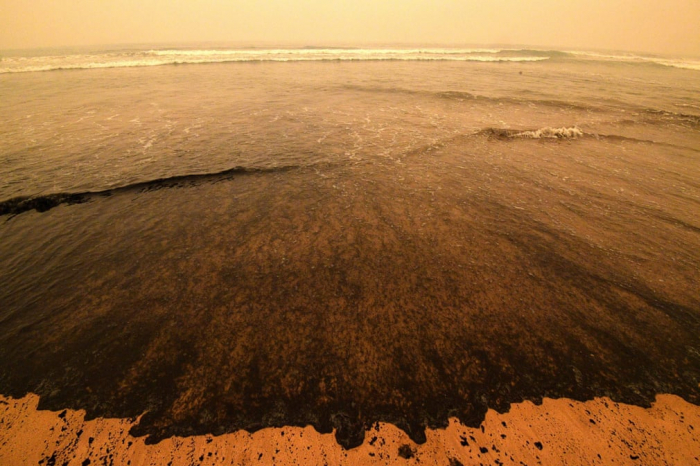 Ash from bushfires washes up on a beach in Merimbula.
Photograph: Saeed Khan/AFP via Getty Images 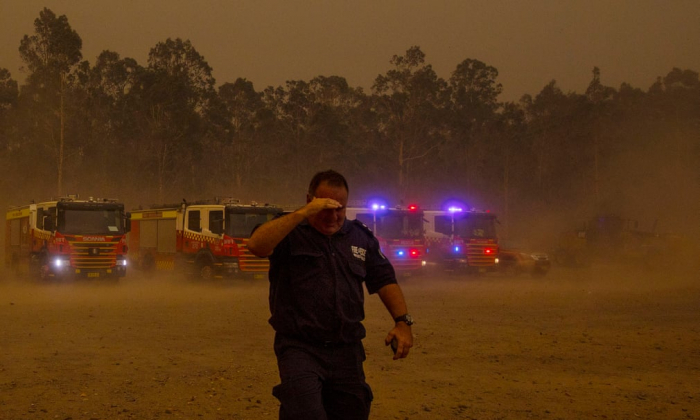 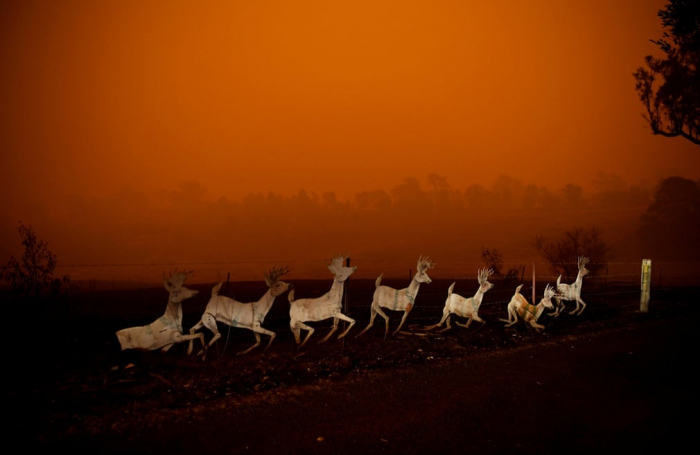 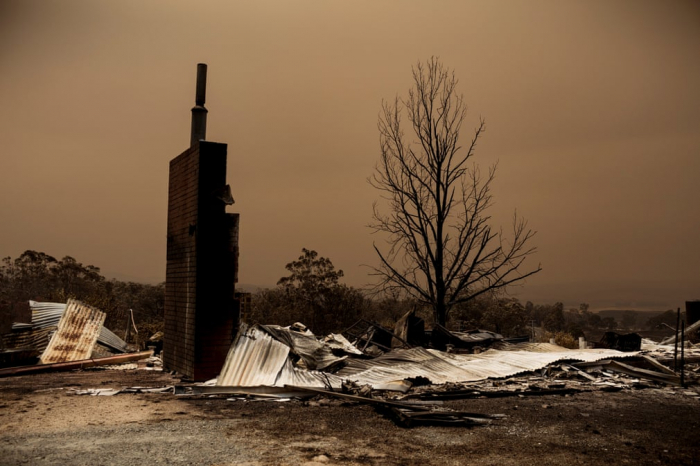 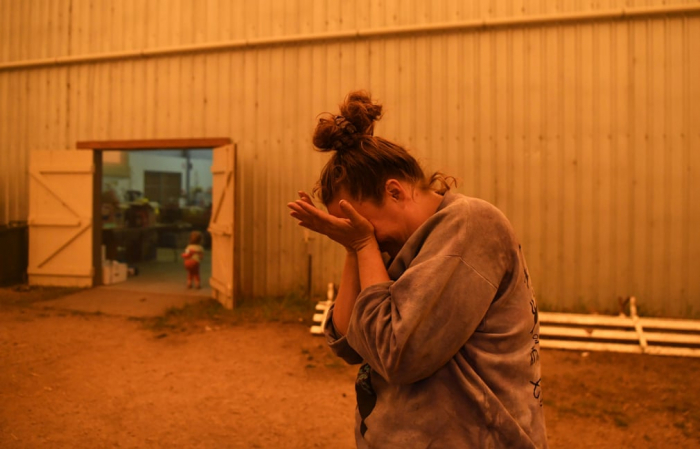 Jesse Collins, who organises donations at the evacuation centre in Cobargo, reacts while speaking about how hard it has been to get water.
Photograph: Tracey Nearmy/Reuters 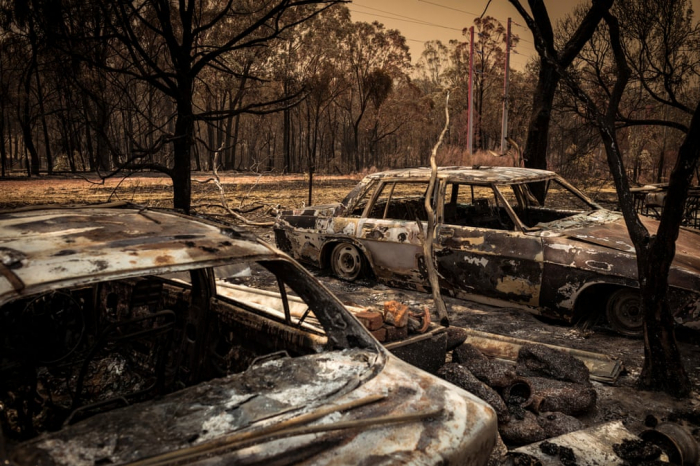 Eden residents Karli and her son Dre leave a tugboat moored at the town’s wharf after deciding to evacuate north by road, with family and friends as a fire threatened.
Photograph: Andrew Quilty/The Guardian 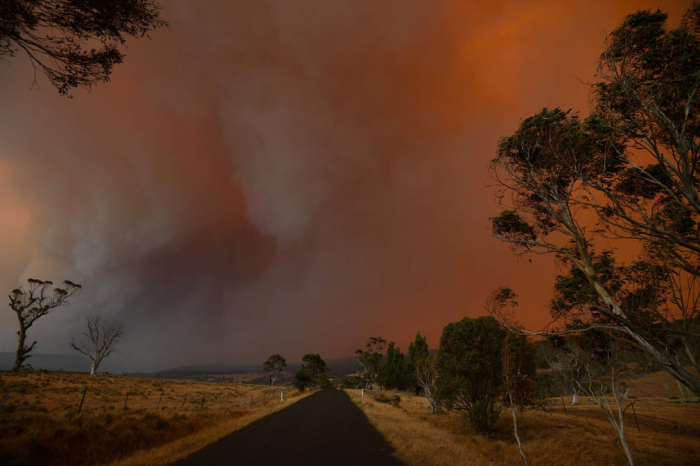 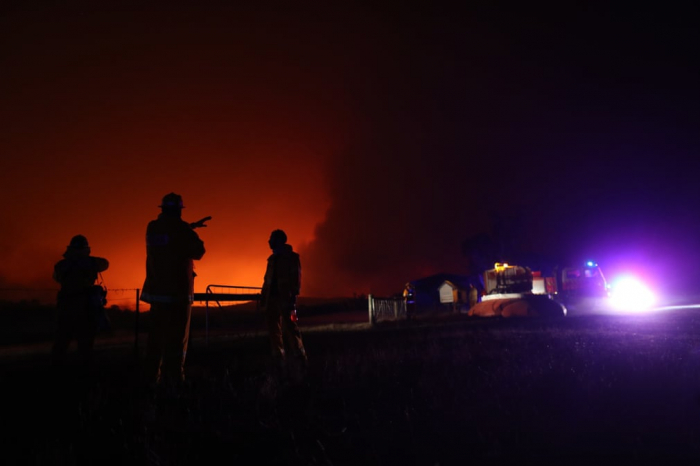 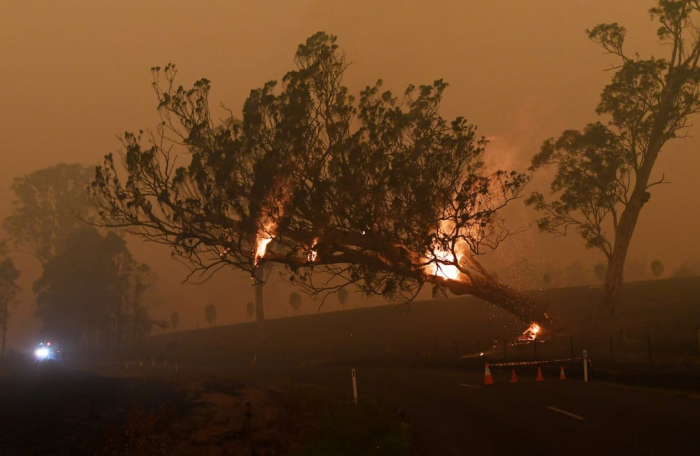 A burning gum tree is felled to stop it from falling on a car in Corbago.
Photograph: Tracey Nearmy/Reuters 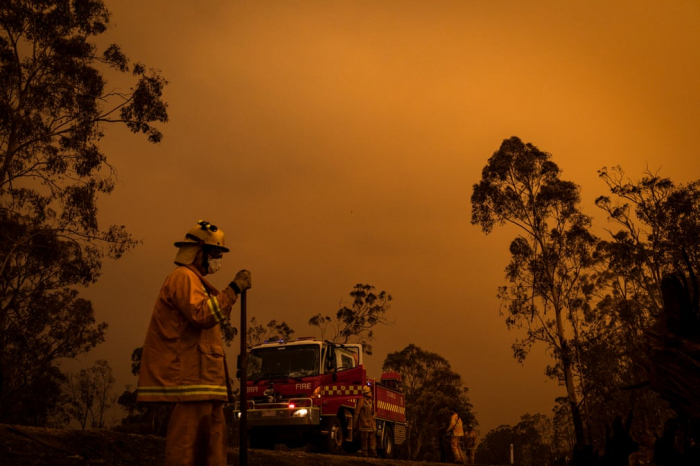 A Country Fire Authority crew from Dandenong work on mopping up a spot fire on the Great Alpine Road outside Sarsfield.
Photograph: Chris Hopkins/The Guardian 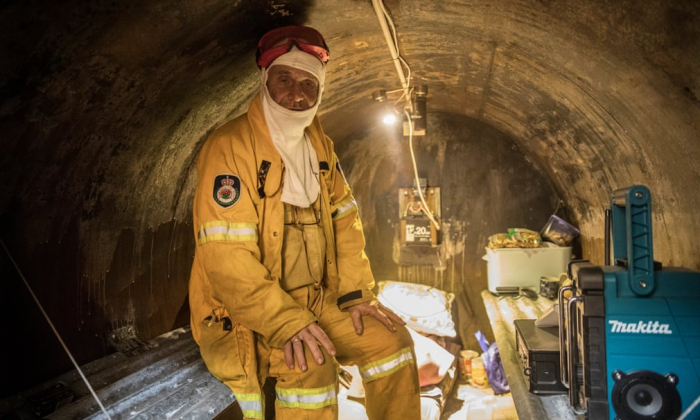 Klaus Elber in his fire bunker at his property in Penrose, in the NSW southern highlands. He plans to stay with his property and defend it should the fire reach his place. He feels he is well prepared.
Photograph: Jessica Hromas/The Guardian 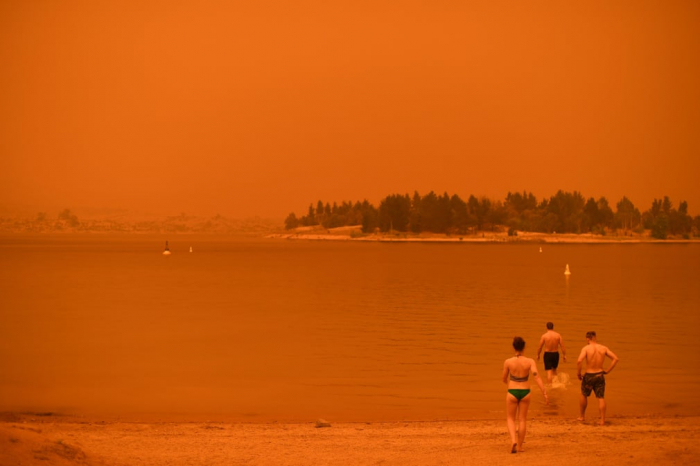 Residents take a dip to cool down in Lake Jindabyne.za
Photograph: Saeed Khan/AFP via Getty Images