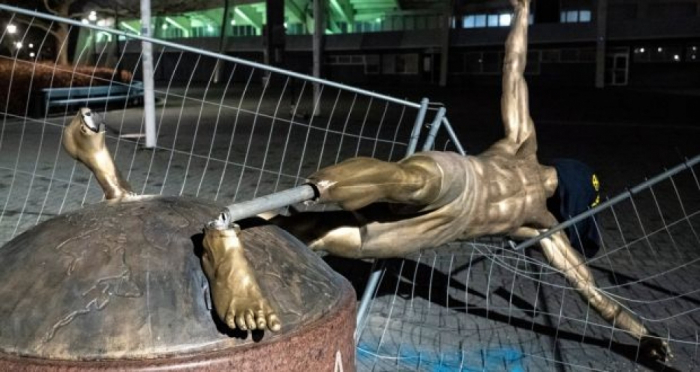 A bronze statue of Zlatan Ibrahimovic in his native Malmo was demolished and completely destroyed, and the vandals who did this on Sunday put a Swedish national team scarf around his neck.

Previously, the statue had been targeted several times by vandals, and first someone had left a toilet seat on it.

Swedish media reported at the time that the move by Malmo fans was revenge for the betrayal Ibrahimovic committed when he became one of the co-owners of the great rival Hammarby.

They then tore off the statue, painted it white and torn off his leg, and last night they went one step further.

As a reminder, Ibrahimovic arrived in his hometown in early October and opened his two-and-a-half-meter-tall monument erected by the Swedish Football Federation. In the meantime, Zlatan has returned to Milan, where he will continue his playing career.