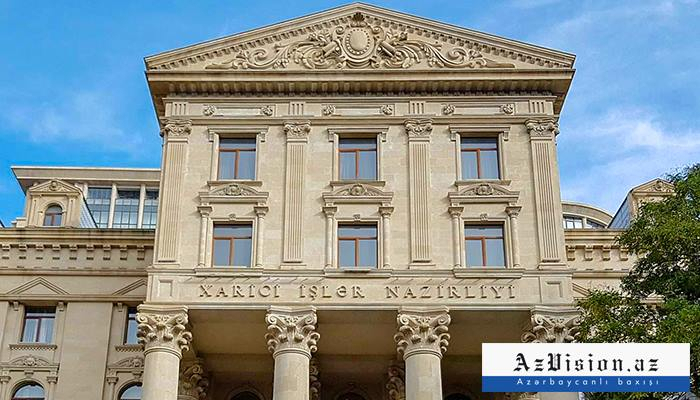 The consistent ceasefire violation by Armenia on the state border, as well as along the line of contact of the troops of the two countries, targeted fire on the Azerbaijani military and civilians, and respect for the values of international law by official Yerevan only in words, once again demonstrate the falsehood of its calls for peaceful resolution of the conflict and the desire of Armenia to hide its occupational and aggressive policies, the Azerbaijani Foreign Ministry said in a statement on Wednesday.

The statement came after Azerbaijani border guard Farzali Farzaliyev was killed as a result of sniper fire opened by the Armenian armed forces on Tuesday in the direction of Gushchu Ayrim village of Azerbaijan’s Gazakh district.

“With this deliberate attack, Armenia once again confirms that the country is the aggressor, and its attempts to hide behind the puppet regime created in the occupied territories of Azerbaijan are completely vain,” read the statement.

“The murder of a soldier of the State Border Service guarding the internationally recognized borders of Azerbaijan is a crime, and the responsibility for this bloody act lies with the Armenian side,” the statement said.

The ministry stressed that Armenia, which keeps under military occupation the territories of Azerbaijan and has conducting ethnic cleansing in these areas, violates the fundamental principles of international law and regularly attacks the Azerbaijani military and civilians by violating the ceasefire regime, should be aware of the responsibility for all its crimes and that its actions will not remain unanswered.