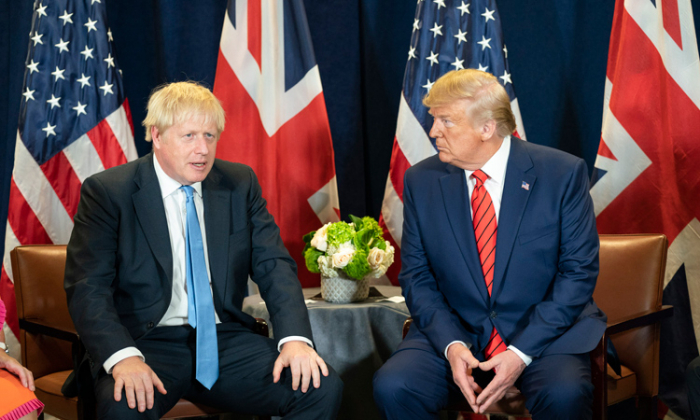 U.S. President Donald Trump said he agreed with a comment by British Prime Minister Boris Johnson that a “Trump deal” should replace the Iran nuclear deal.

“Prime Minister of the United Kingdom, @BorisJohnson, stated, ‘We should replace the Iran deal with the Trump deal,’” Trump said in a posting on Twitter late on Tuesday. “I agree!”

Johnson, who has praised Trump as a great dealmaker, called on Tuesday for the president to replace the Iranian nuclear deal with his own new pact to ensure the Islamic Republic does not get an atomic weapon.