Azerbaijan’s mission to UN: Those who ordered, perpetrated bloodshed in January 1990 have yet to be punished 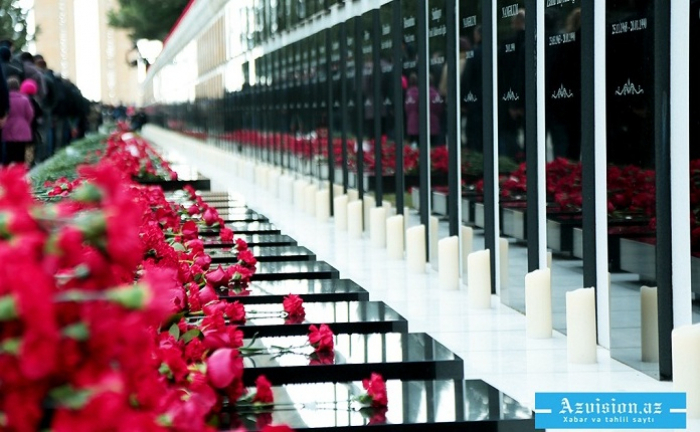 Those who ordered and perpetrated bloodshed in January 1990 have yet to be punished, the Permanent Mission of the Republic of Azerbaijan to the United Nations said in a statement, AzVision.az reports.

“On 20 January 2020, Azerbaijan commemorates the thirtieth anniversary of the "Black January". Thousands of people visit today the Martyr’s Alley in the capital of Azerbaijan – Baku – to pay tribute to those who sacrificed their lives for the independent and prosperous Azerbaijan. At the end of the 1980s the people of Azerbaijan had gone into the streets and squares of Baku and other major cities to protest against illegal territorial claims of neighboring Armenia, killings, persecution and forcible mass expulsion of more than 200 thousand Azerbaijanis from their ancestral lands in Armenia and the unjust policy pursued by the leadership of the Soviet Union towards Azerbaijan and its territorial integrity. In response, the Soviet leadership resorted to force to suppress the free expression of popular will,” reads the statement.

“Over the night from 19 to 20 January 1990, following a series of provocations orchestrated by the central authorities and the USSR State Security Committee (KGB), Soviet troops attacked Baku and other major cities and towns in Azerbaijan.

“As a result of a full-scale military assault, 131 civilians were killed, 744 people were wounded and 841 were indiscriminately and unlawfully detained or arrested. Among other acts, Soviet soldiers were observed executing the wounded, firing at passerby and at dwellings, stores, medical and other facilities. In several cases, tanks and other armored vehicles crushed or opened fire upon moving as well as parked vehicles.

“Clearly marked ambulances were targets of shooting and also were not allowed to aid the wounded. Many civilians were shot in their apartments, building entryways, buses and places of employment. During the investigation of bullet wounds on the bodies, forensic experts noted the particularly damaging effects of the bullets. By using military force, the Soviet leadership was hoping to frighten the people of Azerbaijan, break its resistance and maintain the communist rule in the republic.

“However, the "Black January" gave a new impetus to the national liberation movement. On 22 January 1990, 2 million people attended the funeral ceremony of martyrs in Baku. On 18 October 1991, Azerbaijan restored its independence. Indeed, the "Black January" is not only a tragedy, but also a victory of the unarmed people over the totalitarian regime. Those who ordered and perpetrated bloodshed in January 1990 have yet to be punished. Azerbaijan is determined to end impunity for the heinous crime committed against its people and to bring those responsible to justice," reads the statement.