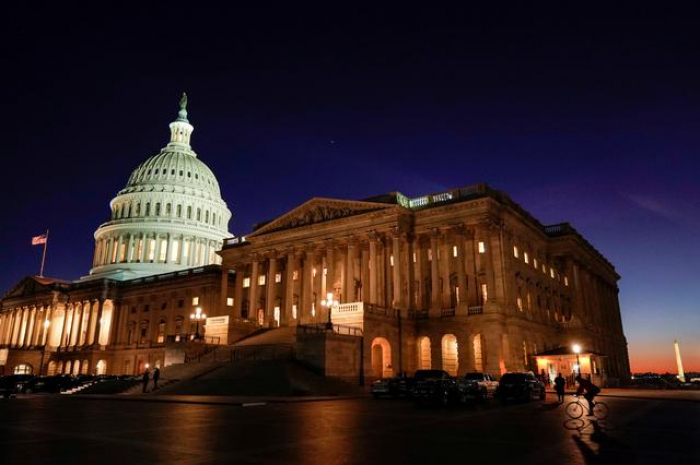 About 11 million TV viewers watched the start of the U.S. Senate impeachment trial of President Donald Trump on Tuesday when lawmakers sparred for hours over witnesses and records for the historic proceedings, according to Nielsen ratings data.

The total fell short of the roughly 13.8 million viewers across 10 broadcast and cable television networks who tuned in last November for the first day of the House of Representatives impeachment inquiry into Trump.

The audience figure on Tuesday covered the 4-1/2 hours of daytime coverage by six cable and broadcast networks that aired live telecasts on Tuesday.

The trial, which resumed on Wednesday with opening arguments, is the third presidential impeachment trial in U.S. history.

Trump was impeached by the Democratic-led House in December on charges of abuse of power and obstruction of Congress for pressuring Ukraine to investigate former Democratic Vice President Joe Biden, a political rival, and impeding the inquiry into the matter.

The Republican president denies any wrongdoing. He is almost certain to be acquitted by the Republican-controlled 100-member Senate, where a two-thirds majority is needed to remove him from office.

The TV ratings do not include people who watched live coverage via online streaming or followed the event on social media.