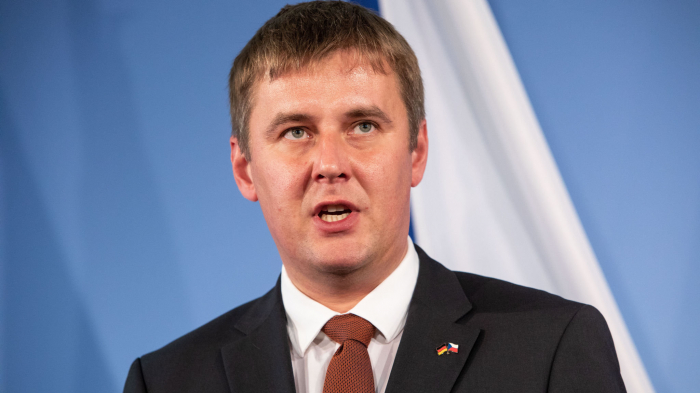 Czech Republic’s aim is to boost bilateral economic cooperation, including the volume of Czech exports and investment into Azerbaijan, Foreign Minister of Czech Republic Tomas Petricek said in an interview with Trend.

"Opportunities to initiate new projects include the meeting of the Joint Commission which we hope to take place as soon as possible; economic cooperation can also be discussed between the newly elected members of Milli Majlis and their Czech colleagues as the Economic Committee of the Czech Chamber of Deputies expressed its interest in visiting Azerbaijan during this year," said the minister.

Petricek noted that the Czech Republic supports the finalization of negotiations on the new Comprehensive Agreement between the EU and Azerbaijan.

"We are convinced that updating the current framework agreed in 1996 will benefit both of our countries. Getting to sign the agreement during 2020 is in the interest of the Czech Republic," noted the foreign minister.

Summing up the results of 2019, the minister said that last year was marked by several positive impulses in the bilateral political and economic relations as well as in the sphere of culture and education that he hopes will turn out to be starting points for a new chapter of the strategic partnership.

"In June, regular political consultations took place in Prague. My Deputy Ministers Aleš Chmelař and Martin Povejšil met Deputy Minister Khalaf Khalafov to discuss bilateral relations as well as those between Azerbaijan and the EU and the issues of human rights and regional security. Our side underlined that a peaceful and negotiated settlement is the only way to solve the Nagorno-Karabakh conflict. We appreciate the help of the Ministry of Foreign Affairs and the Presidential Administration in facilitating the November Baku consultations of Political Directors from the Foreign Ministries of the Visegrád Group countries," added Petricek.

He pointed out that the most important bilateral visit from the Czech Republic to Azerbaijan in 2019 was that of the Speaker of the Chamber of Deputies of our Parliament, Radek Vondráček and several Deputies representing the ruling coalition as well as opposition parties in May.

The visit in Baku had a very important economic component, as he was also accompanied by a delegation of 20 Czech entrepreneurs who participated at the Czech-Azerbaijani Business Forum, said Petricek.

"We welcome the efforts of Azerbaijan to diversify its economy which also create opportunities for Czech companies," he added.

As the minister said, during the last year, the bilateral relations developed in the field of education.

"The numbers of student visas as well as of applications for Visegrád scholarships (the Czech Embassy in Baku is the contact point of the Visegrád International Fund in Azerbaijan) and questions by curious participants of educational fairs in Azerbaijan have again proven how popular Czech universities are among Azerbaijani students," added Petricek.