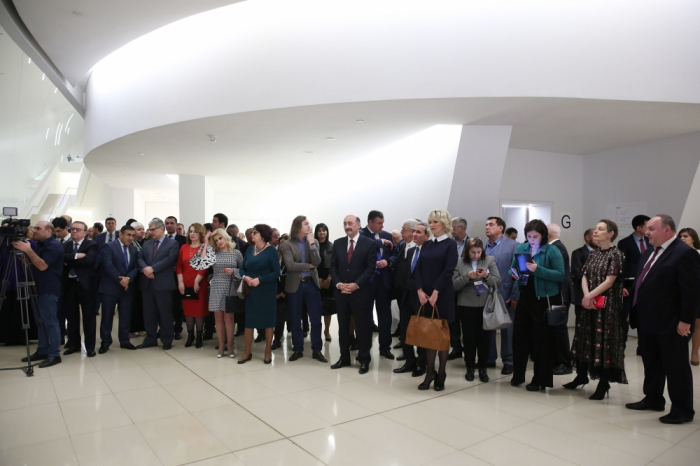 “They are beloved in Baku and Moscow” photo exhibition has launched at the Heydar Aliyev Center, featuring more than 60 works by photographers of Russian TASS and Azerbaijan State News Agency (AZERTAC).

The event started with the ribbon-cutting ceremony.