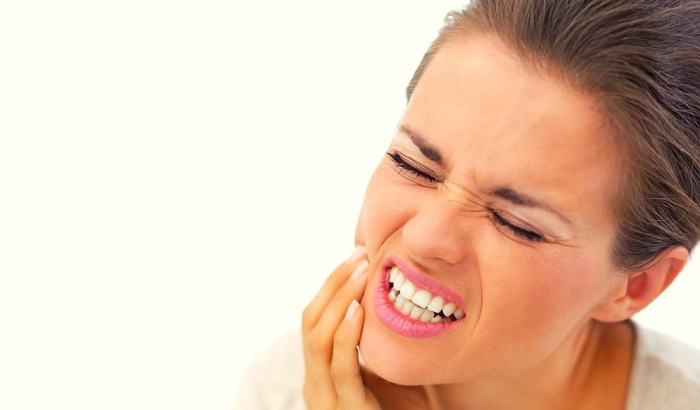 You might think of your teeth as tools, like built-in knives and forks. But if they are so utilitarian, why do teeth feel pain? Wouldn't it be better if they could just gnash and gnaw under any conditions?

In spite of our dental discomfort, it turns out there's a good reason our teeth are so sensitive.

Tooth pain is a defense mechanism that ensures when a chopper is being damaged, we'll notice and do something about it, said Julius Manz, director of the dental hygiene program at San Juan College in Farmington, New Mexico, and a spokesperson for the American Dental Association.

"If you eat something too hot or chew something too cold, or if the tooth is worn down enough where the underlying tissue underneath is exposed, all of those things cause pain, and then the pain causes the person not to use that tooth to try to protect it a little bit more. So it's really a protective mechanism more than anything," Manz told Live Science.

If teeth didn't feel pain, we might continue to use them in situations that damage them, Manz said.  And for humans, damaging adult teeth is a problem because, unlike sharks and alligators, we can't replace them.

Teeth have three layers, only one of which — the innermost layer of the tooth — can hurt. That innermost layer of the tooth is called the pulp and contains both blood vessels and nerves. Pain is the only sensation to which the nerves in the pulp respond, Manz said. Whereas people with tooth sensitivity may complain, for example, of tooth pain triggered by heat or cold, the nerves in the pulp don't sense temperature, Manz said. Rather they feel pain, which may be associated with, say, drinking a very cold milkshake.

Dentin, the middle layer, is alive but without nerves; however, dentin contains fluid that moves around as the teeth move, and the pulp can feel the movement of that fluid. The third, outermost layer is the tooth's hard white enamel, which is not living and so cannot feel anything.

Though it's the only nerve-containing part of the tooth, the pulp isn't the only source of tooth pain. The periodontal ligament, which attaches the tooth to the jawbone and senses the positioning of the teeth as we chew, can also feel pain. "Anybody who's been in orthodontic treatment will tell you their teeth are sore. That sensation is coming from the periodontal ligament," Manz said.

With both the pulp and the periodontal ligament sensing pain, it can be hard for people to know where their tooth pain is coming from, Manz said. Figuring that out, he added, is one of the challenges of being a dentist.