OSCE ODIHR to monitor all aspects of electoral process in Azerbaijan 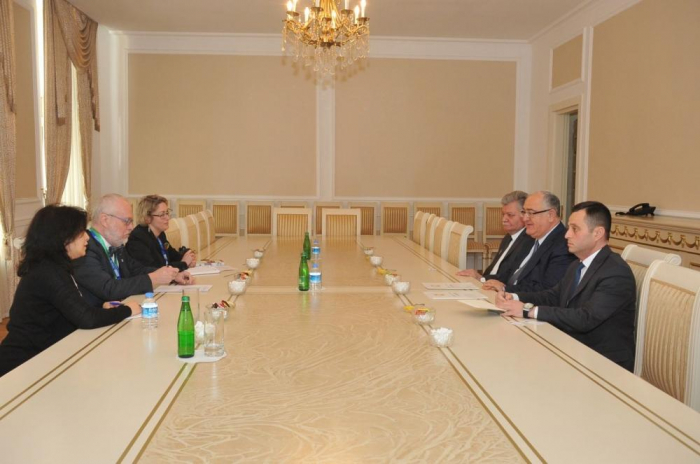 A delegation led by Head of the election observation mission of the OSCE Office for Democratic Institutions and Human Rights (ODIHR) Peter Taylor, which is in Azerbaijan to monitor the upcoming parliamentary elections, has met with Chairman of Azerbaijan’s Supreme Court Ramiz Rzayev, AzVision.az reports with reference to the press service of the Supreme Court.

At the meeting, Rzayev stressed that holding the elections in accordance with the requirements of Azerbaijan’s Constitution, the Electoral Code, international agreements that the country has acceded to and European standards is one of the main goals of the Azerbaijani state.

Rzayev also spoke about the protection of electoral rights in the country and judicial practice in this area.

In turn, Taylor noted that the OSCE ODIHR mission will monitor all aspects of the electoral process and evaluate the conduct of elections in accordance with OSCE standards, other international standards for democratic elections, as well as national legislation.