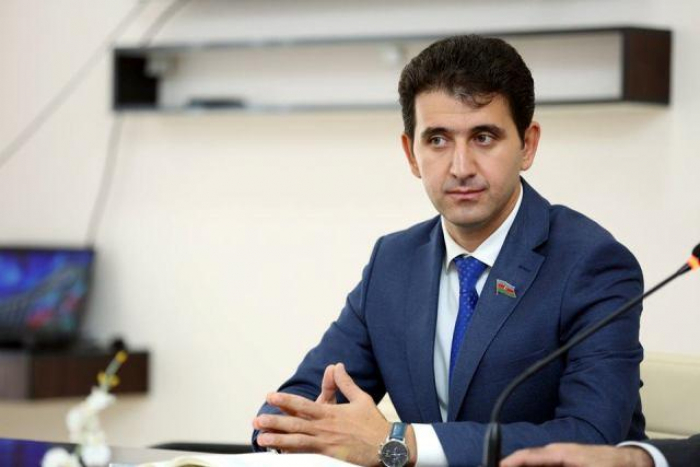 Despite that the 50th World Economic Forum was held on Jan. 24 in Davos, Switzerland, where international issues were discussed, it is still in the focus of attention of world politicians, economists and political scientists, Chairman of the New Azerbaijan Party Ganja city organization, MP Nagif Hamzayev told reporters, AzVision.az reports citing Trend.

The MP said that during more than 400 open and closed sessions of the Davos Economic Forum, more than 2,000 politicians, academics, businessmen, and representatives of non-governmental organizations discussed "Stakeholders in a cohesive and sustainable world."

Like every year, Azerbaijan was highly represented at this important event, and President Ilham Aliyev's meetings with some of the world's most prominent politicians and heads of major transnational companies wrote a new page in the relationship between Azerbaijan and the World Economic Forum.

He also noted that today Azerbaijan is one of the key factors in the global energy market. The forum, now considered a global platform, has a significant impact not only on the modern world economic policy, but also on international relations.

The Davos Economic Forum has once again demonstrated that the world supports the visionary ideas of Azerbaijani President Ilham Aliyev on the global energy market. At the World Economic Forum 5 years ago, the country's president took the initiative to unite and work together with the member countries of the Organization of Petroleum Exporting Countries (OPEC) and oil producers that are not members of OPEC.


As a result of the joint efforts of the OPEC + coalition of OPEC and non-OPEC countries, the price of black gold today is around $ 55-60 / barrel. When the balance of supply and demand is disturbed, OPEC + countries, including Azerbaijan, react immediately.

At the 50th Davos Forum, OPEC Secretary General Mohammed Barkindo stated that the foundations for cooperation in the OPEC + format were laid only at the invitation of the President of Azerbaijan, saying that this is the first time in history.

“Thanks to your leadership and your vision, we have done it,” Barkindo added. “We will never forget this, Mr. President. This is very important for us, and, as you mentioned, we have worked very closely with Azerbaijan over the past five years, and Azerbaijan adheres to all decisions made.”

“The most noteworthy point is that the Davos Forum is not only a great platform for presenting the realities of Azerbaijan to the international community, but also to represent Azerbaijan as one of the fastest growing parts of the world economy,” said Hamzayev. “Undoubtedly, the basis of this is the transformation of Azerbaijan into a security island, thanks to the multi-vector policy of the head of state and great political will.”