Scientists capture most detailed images of Sun’s surface to date 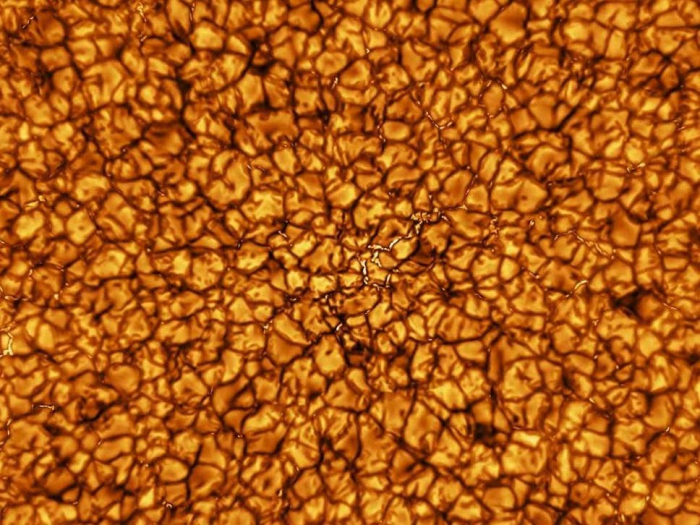 A telescope designed to help us stare at the sun has produced unprecedented images of the star’s surface that could pave the way for a future where disruptive solar flares are predicted days ahead of their impact.

The first images from the Daniel K. Inouye Solar Telescope (DKIST) in Hawaii — which is twice the size of the next largest solar scope — have captured an array of cell-like structures that cover the surface of the sun, each taking up space roughly the size of the US state of Texas.

It is hoped that by focussing on these areas, scientists may be better able to predict changes in the sun’s surface — including solar flares that can knock out power grids and put satellites at risk.

“We can now share these images and videos, which are the most detailed of our Sun to date. NSF’s Inouye Solar Telescope will be able to map the magnetic fields within the Sun’s corona, where solar eruptions occur that can impact life on Earth.

“This telescope will improve our understanding of what drives space weather and ultimately help forecasters better predict solar storms.”

Among the tasks ahead of the telescope is working to understand why the sun’s corona, the atmosphere around the outside of the star, is so much hotter than its surface.

“It’s all about the magnetic field,” said Thomas Rimmele, director of the DKIST.

“To unravel the Sun’s biggest mysteries, we have to not only be able to clearly see these tiny structures from 93 million miles away but very precisely measure their magnetic field strength and direction near the surface and trace the field as it extends out into the million-degree corona, the outer atmosphere of the Sun.”

The telescope will now be readied to focus on the stellar object when the sunspots of the latest solar cycle build towards their maximum with support from NASA’s Parker Solar Probe, which will dip into the sun’s atmosphere.

It comes after the telescope faced opposition from locals in Hawaii, who had sought to preserve the island of Maui’s Haleakalā summit as a sacred site.

Across a period of two years contractors vied with protestors, who set up blockades to stop convoys while an ultimately failed legal challenge was mounted, until the solar scope was ultimately completed in 2017.