Ambassador: Connectivity is clearly Azerbaijan’s priority and Belgium can be an important partner 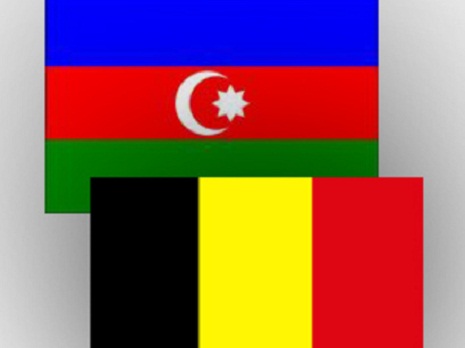 Connectivity is clearly Azerbaijan’s priority and Belgium can be an important partner, accredited to Azerbaijan, Georgia and Turkmenistan since August 2016, Belgian Ambassador in Baku Bert Schoofs told Trend.

He acknowledges that a lot has been done by the authorities since his arrival: "Azerbaijan took very effective decisions on improving railroads and highways. The level of connection between Azerbaijan and Georgia today is much more developed than it was three years ago. This kind of infrastructure is necessary for better regional cooperation. In this regard, the Baku-Tbilisi-Kars (BTK) is a flagship project, as it provides links to other existing railway networks towards Europe. Technically containers from Belgium could now arrive in Azerbaijan by rail and vice-versa."

In maritime transport the Belgian Port of Antwerp, one of the largest in Europe, and Port of Baku in Alat cooperate already for many years. With APEC, the Antwerp Port Training Centre, there are exchanges of knowledge and best practices. Alat is definitely the port of reference in the Caspian Sea region.

Moreover, last summer a TAIEX project with Belgian expertise was realized in Baku. Together with colleagues from the Ministry of Environment of Azerbaijan and Natural Resources and representatives from the ports, seminars were hold on how to take effective measures concerning ‘ship waste management’ in the Caspian Sea region. Other similar initiatives are foreseen in the near future.

TAIEX is the Technical Assistance and Information Exchange instrument of the European Commission. TAIEX supports public administrations with regard to the approximation, application and enforcement of EU legislation as well as facilitating the sharing of EU best practices.

The New Port in Alat is a transportation hub linking the west (Turkey & EU), south (Iran & India) and north (Russia). Situated in the vicinity of the regions of Azerbaijan, it will also increase its connectivity as an efficient hub and so increase the volume of cargo being handled. In addition, new port location is linked to existing highways and railways, connecting the port to the inland regions of the country.

On Oct. 30, 2017, a solemn ceremony on the occasion of the opening of the Baku-Tbilisi-Kars railway was held at the Baku International Sea Trade Port.

The BTK railway has been built on the basis of the Azerbaijani-Georgian-Turkish intergovernmental agreement. At the initial stage, the volume of freight traffic will be at the level of 6.5 million tons of cargo, and up to one million passengers will be transported through this railway.

The BTK can greatly reduce the time of delivery of goods from China to Europe via Azerbaijan, which makes this route especially attractive