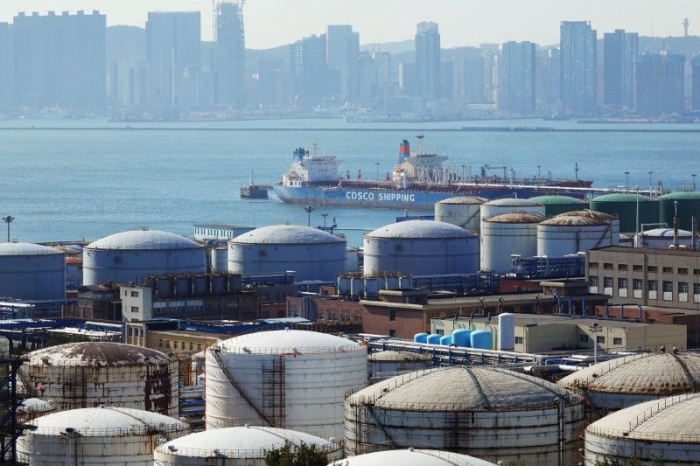 A source with a major Chinese oil company said they had received indications that COSCO had been taken off the U.S. sanctions list. The Chinese energy industry was waiting for official communications from Washington, the source said.

Another energy industry source in London said that Washington had indicated it would soon lift the sanctions.

The U.S. Treasury Department declined comment. The State Department did not immediately respond to requests for comment.

Zhang Zheng, a Shanghai-based investor relations manager at COSCO Shipping Energy Transportation Co Ltd (600026.SS), parent of COSCO Shipping Tanker Dalian, said the company has yet to be informed of any change in its sanctions status.

“The company will make the necessary announcement as and when there are big developments,” Zhang said.

The administration of U.S. President Donald Trump blacklisted the Dalian units of COSCO on Sept. 25 in a move that pushed global freight costs to record highs and disrupted shipping markets.

The Dalian COSCO units only have about 40 tankers, but Washington’s move led to confusion about whether sanctions applied to the parent company’s fleet of more than 1,000 ships.

The Treasury Department had twice issued waivers to allow companies to wind down dealings with the COSCO units, the latest of which is set to expire on Feb. 4, but shipping markets were still unnerved.

The removal of sanctions will be bearish for tanker freight rates globally, with more than 25 very large crude carriers (VLCCs) owned by COSCO Dalian having been out of the market for the past three months, said Anoop Singh, head of tanker research in Asia at Braemar ACM Shipbroking.

“Their absence was key to the soaring freight rates seen in Q4 and early January,” he said.

China is the lone major importer of Iranian oil despite Trump’s “maximum pressure” campaign on Tehran that includes cutting Iran’s oil revenue to zero. Trump began re-imposing sanctions on Iran’s vital oil exports after he unilaterally pulled the United States from the Iran nuclear deal in 2018.

It was unclear whether any lifting of the sanctions would mean that China or COSCO had agreed to the Trump administration’s urgings to stop taking Iranian oil.

Most of the oil likely went into Chinese government stockpiles, according to Refinitiv Research.

Tensions between Washington and Beijing are thawing amid the signing of an initial trade deal this month, defusing an 18-month trade war that hurt global growth.

A top Chinese official had raised the COSCO issue in the trade talks, said one source who advises COSCO and is familiar with the Chinese government’s position.

“They’ve cut off all of the state companies from buying oil, and we’re working closely with them to make sure that they cease all additional oil activities,” Mnuchin said.

Mnuchin said last week he expects to begin negotiations on a so-called Phase 2 trade deal soon, with both countries on the same page.