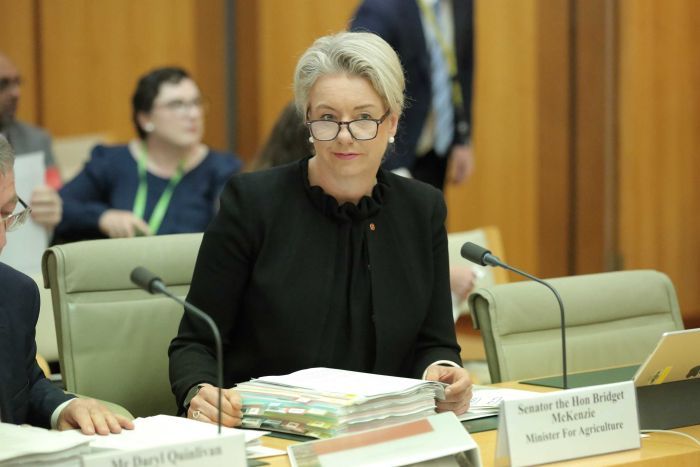 A senior Australian lawmaker resigned from her leadership roles on Sunday amid anger after an independent audit found money from a A$100 million ($68.39 million) sport development fund was used to target votes ahead of last year’s federal election.

Bridget McKenzie, the former sports minister and deputy leader of the National party - the junior member of the coalition government - has been battling for weeks to save her political career after a damning audit into public spending. [nL4N29L0E8]

Conservative Prime Minister Scott Morrison had backed McKenzie to remain in a leadership role, but his support weakened after revelations that the Nationals lawmaker approved a A$36,000 ($24,620) grant for a shooting club where she was a member.


“On the basis of that, and it is a conflict of interest in the failure to disclose, the minister has tendered her resignation to me this afternoon,” Morrison said at a media briefing.

Morrison said the report did not find McKenzie’s use of the sports funds breached ministerial standards. The topic is likely to be debated when Australia’s parliament resumes this week.

McKenzie said in a news release that although she accepted the report from the department of Prime Minister and Cabinet, her membership of the shooting club did not influence her decision making.

Morrison secured re-election in May 2019, defying polls that had indicated voters would punish the conservative government for the backbench revolt that ousted former leader Malcolm Turnbull in 2018.


In an effort to regain ground in the polls, Morrison’s government promised record investment in local sports.

Australian National Audit Office said 400 projects received funding, with more than 70% done without any endorsement by the governing body for sport in Australia.