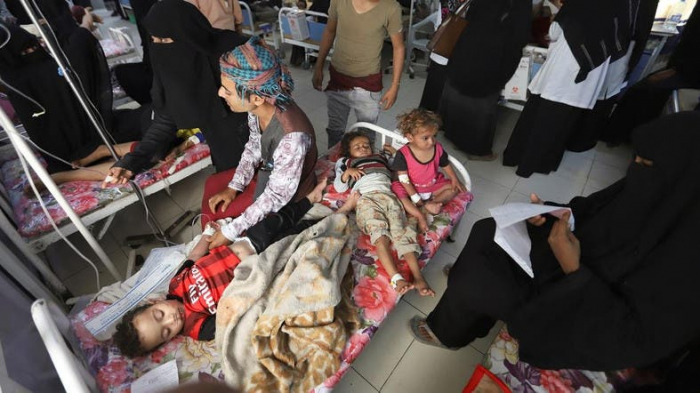 Sixteen passengers left on the first flight to Amman in Jordan, which took 18 months of negotiations to arrange, WHO representative in Sanaa Altaf Musani said.

“The majority of the patients are women and children who suffer from conditions such as aggressive forms of cancer and brain tumors, or who need organ transplants and reconstructive surgeries,” the WHO said on Twitter.

Supervised by the United Nations and WHO, the flights from Sanaa will go to Amman and Cairo in Egypt.

“It is hoped these flights will enable the opening of regular medical ‘bridge’ flights for sick patients,” said aid organization the Norwegian Refugee Council (NRC). “There is no justification for punishing very sick civilians by blocking them from accessing medical treatment.”

Yemen has been mired in conflict since the Iran-aligned Houthis ousted the government of President Abd Rabbu Mansour Hadi from Sanaa in late 2014. A Saudi-led military coalition intervened in 2015 to try to restore Hadi.

Although the Houthis control Sanaa airport, access is restricted by the coalition, which controls the air space. The airport has been closed to civilian flights since 2015 and only U.N. planes can land there currently, meaning thousands of people needing to travel abroad for medical attention have not been able to leave.

Re-opening the airport has been a major aim of U.N.-led peace talks and a key demand of the Houthi administration.

The medical flights were the result of months of negotiations and the project had received an “extraordinary” amount of diplomatic support, U.N. Yemen Envoy Martin Griffiths said in an address to the Security Council last month.

The United Nations has been trying to re-launch political negotiations to end the war. Separately, Riyadh has been holding informal talks with the Houthis since late September about de-escalation.

Griffiths held last-minute talks with Houthi authorities on Sunday regarding the plans, a diplomatic source said, adding that about 60 patients and relatives are expected to leave on flights this week.