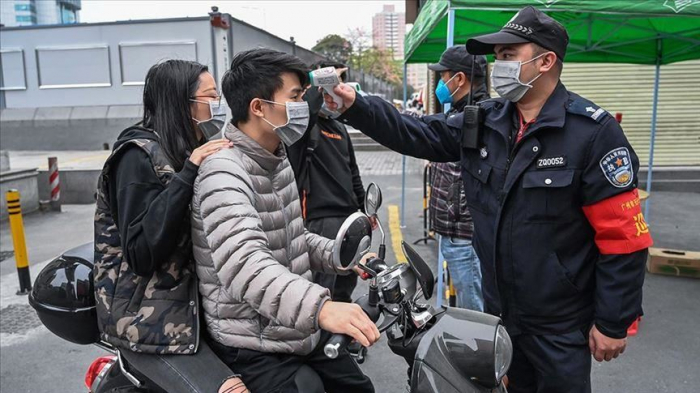 In a statement, the commission said 24,324 confirmed cases have been reported so far and 65 people have died in the last 24 hours.

The number of people under medical observation has risen to 185,555 while the number of those thought to be infected is now 23,260.

The number of those detected with the virus outside China's mainland has reached 18 in Hong Kong and 10 in Macau. Both are special administrative regions.

The NHC also announced that the bodies of those who died from the outbreak will be burned in crematorium areas near hospitals.

The virus, which was first detected in December in the city of Wuhan, the capital of central China’s Hubei province, is said to have been transmitted to humans from animals, particularly bats.

It raised alarm globally with cases reported across Asia, Europe, the U.S. and Canada.

The World Health Organization has declared the outbreak an international emergency.

The U.S. also declared a public health emergency due to the new type of coronavirus.

Russia on Saturday suspended visa-free travel for tourists to and from China.

Travellers from China are being screened for the virus at airports worldwide and several airlines have suspended flights to Wuhan.