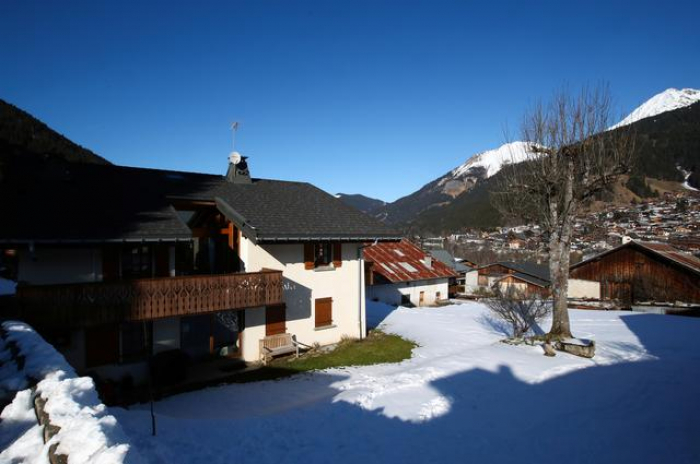 Five British nationals including a child have been diagnosed with the new coronavirus at a French mountain village, and health officials said they were checking who else might have been exposed, including at local schools.

In total, 11 people, including the five who tested positive, have been hospitalized in southeastern France and were being examined, the French health ministry said on Saturday, adding that none were in serious condition.

The group of Britons included holidaymakers and a family currently residing in the Alpine village and ski resort, Les Contamines-Montjoie.

They shared neighboring apartments in a chalet and temporarily hosted a British man believed to have contracted the virus at a business congress in Singapore before his short visit to France in late January, the ministry added.

Two schools would be shut next week for checks, regional health official Jean-Yves Grall said, after it emerged that the nine-year-old who tested positive had attended lessons and French classes in different establishments.

Two other children were also part of the group of 11 now in hospital in the cities of Lyon, Saint-Etienne and Grenoble, and they had been schooled in the area too, according to Etienne Jacquet, mayor of Les Contamines-Montjoie.

Some parents in the village, nestled in the mountains close to the Mont Blanc peak and the Swiss city of Geneva, said on Saturday they had received little information so far and were being cautious.

“Our children were meant to go to a concert tonight, we took the decision not to take them to not expose other people,” said Beatrice Louvier, adding that her 10-year-old daughter was in the same classroom as one of the three British children.

PEAK SKI SEASON
The cases coincide with one of the busiest periods of the ski season for area resorts, as schools in the Paris region begin mid-term holidays. British schools are also on half-term break later this month.

Health officials said they were trying to determine who had come into prolonged and close contact with the British group.

Several tourists who had just arrived in Les Contamines-Montjoui brushed off the risks and said they would see through their holidays.

“The percentage chance of getting infected is not really high,” said Frenchman Stanislas Des Courtis, who was visiting with his two teenage sons. “The ski area is big, and there are not so many places where (people) can gather here all together.”

But local resident Catherine Davout, who helps manage flat rentals in the area, said she had already had several cancellations.

BUSINESS MEETING
The new cases emerged after authorities began to retrace the travels of a British man who has been confirmed by Britain to have contracted the virus, French health officials said.

They had formed “a cluster, a grouping around one original case”, according to Health Minister Agnes Buzyn, who identified the person as a Briton who had returned from Singapore and stayed in France between Jan. 24 and 28.

The French government said Singaporean authorities were looking into a business congress that took place in a hotel there on Jan. 20-23 and was attended by 94 foreigners, including the British man at the center of the Alpine cases.

As of Saturday, Singapore had 40 cases of the virus.

Of the 11 total cases in France, earlier ones include an 80-year-old Chinese man in a serious condition, while the others have shown signs of improvement, according to medical officials.

The epidemic began in Wuhan in China and the vast majority of cases have been in China.