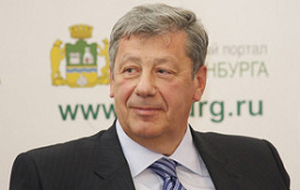 The Russian politician stressed the growing dynamics of voter turnout.

"Presently, the voter turnout is growing, apparently a big number of people could not come to the polling stations in the morning due to bad weather conditions,” Chernetsky said. “But now the number of citizens willing to vote is growing. In general, the elections correspond to the existing election legislation. The necessary regulations are observed in the polling stations and the observers monitoring the elections behave professionally."

The Russian politician also stressed that the Russia-Azerbaijan interparliamentary group in which he is a member actively cooperates with the Azerbaijani parliament.