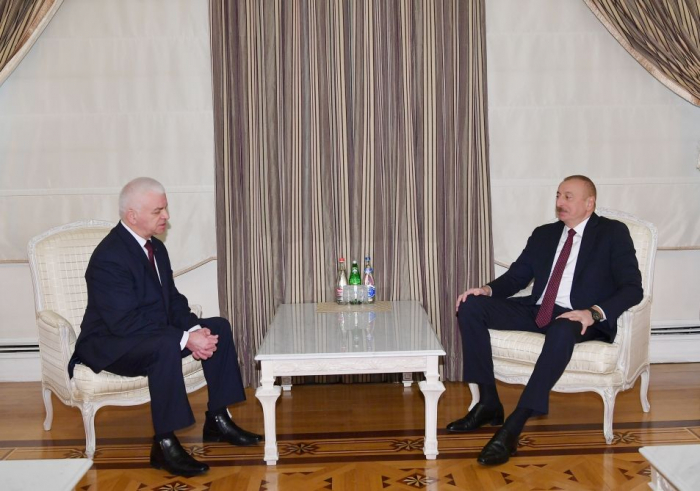 President of the Republic of Azerbaijan Ilham Aliyev has received head of the CIS observation mission and First Deputy Chairman of the CIS Executive Committee Viktor Guminsky.

The importance of the fact that a large number of observers monitored the parliamentary elections in Azerbaijan was emphasized at the meeting. The CIS observers hailed high-level organization of the elections, saying no violations of the law were recorded and the election process was conducted in transparent, democratic and competitive environment in full compliance with the Azerbaijani legislation.

President Ilham Aliyev thanked the CIS observers for participating in the parliamentary elections.

During the conversation, the parliamentary elections in Azerbaijan were described as an integral part of large-scale reforms covering all areas of life in the country. It was emphasized that all conditions had been created in Azerbaijan for conducting these elections in a fair and democratic environment.