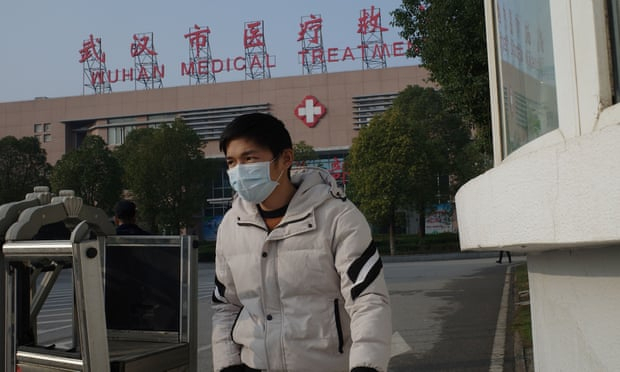 The 13th case of coronavirus in the United States was detected in California in a person under federal quarantine after returning from Wuhan, China, the U.S. Centers for Disease Control and Prevention (CDC) said on Monday.

The adult patient was among U.S. nationals evacuated from Wuhan, the epicenter of the disease, who were under mandatory quarantine for 14 days at Marine Corps Air Station Miramar, near San Diego, the CDC said in a statement.

The individual was taken to the University of California San Diego Medical Center for observation and isolation and is “doing well,” the hospital said in a statement.

“CDC is conducting a thorough contact investigation of the person who has tested positive to determine contacts and to assess if those contacts had high risk exposures,” the CDC said.

Some 800 U.S. nationals have been evacuated from Wuhan and flown to air bases in the United States where they are subject to the CDC’s first public health quarantine in 50 years.

The U.S. has imposed mandatory quarantines and travel restrictions with China to slow the spread of coronavirus within the United States. U.S. officials fear a global pandemic if the virus is allowed to gain a foothold outside China, where the death toll has climbed to more than 1,000.

The latest individual diagnosed with coronavirus was the first confirmed case among some 800 U.S. nationals evacuated to military bases in the United States on flights from Wuhan, the epicenter of the disease.

The person was among four evacuees taken to the UC San Diego Medical Center for further evaluation last week after arriving at the Miramar air base.

On Sunday the CDC said all four patients initially tested negative for the virus and were discharged and returned to quarantine at the base. Further testing showed one of the four was positive and the patient was returned to the hospital.

Another patient from MCAS Miramar was taken to the hospital on Monday for evaluation, the medical center said.

“Both patients are doing well and have minimal symptoms,” the hospital said.

None of the coronavirus cases confirmed in the United States has proved fatal and several patients have been released from hospital.

With most U.S.-China flights suspended, only a handful of U.S. nationals arriving on commercial flights have been quarantined under rules imposed on Feb. 2 to curb the virus’s spread, according to a Reuters survey.

Of eight states with airports screening travelers for the virus, six said they had no one under quarantine, New York reported four people and Illinois a “tiny” number, the survey found.x