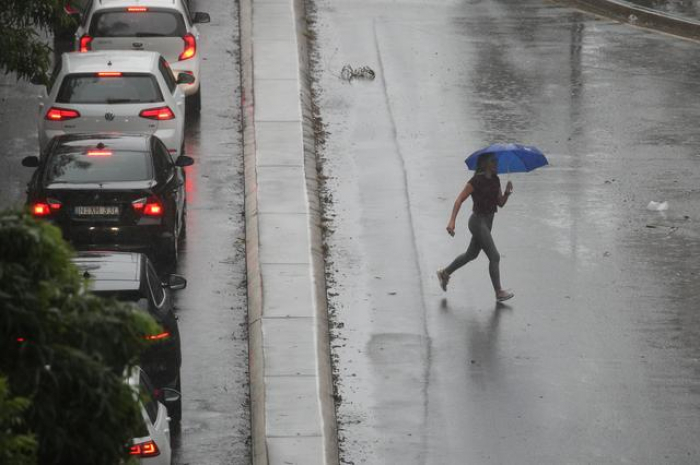 Torrential rain across Australia’s east could extinguish all remaining bushfires in the country’s most populous state by the end of the week, authorities said on Tuesday, raising hopes a deadly national crisis is almost over.

Australia has been battling hundreds of blazes since September in an unusually prolonged summer wildfire season that was fueled by three years of drought, which experts have attributed to climate change.

Heavy rain and storms have in recent days swept across New South Wales (NSW) state, which bore the brunt of a crisis that engulfed several states and territories at its peak.

The downpour has already doused two of the biggest and longest running blazes and NSW officials are hopeful that more rain forecast for this week will extinguish the remaining 24 fires, four of which are burning “uncontrolled”.

“All going well, all will be contained and we’re hopeful to get to a stage where we can call them out,” the NSW Rural Fire Service (RFS) said in an emailed statement.

The current situation is a far cry from the height of the crisis in early January when NSW firefighters were battling almost 150 fires that produced a firefront about 6,000 kilometers (3,700 miles) long.

Blazes across the country have razed nearly 12 million hectares (29.7 million acres) of tinder-dry bushland, killing 33 people and an estimated 1 billion native animals, since September. The fires destroyed thousands of homes and prompted mass evacuations of both locals and tourists under apocalyptic-like red skies during Australia’s peak summer holiday period.

Hawkesbury City Mayor Barry Calvert said the dousing of the massive Gospers Mountain fire this week was a huge relief.

“We’ve been living with this fire for four months,” he told Reuters by telephone. “We could never relax. For several weeks, we all had our bags packed ready to evacuate as the fire would move quickly in different directions depending on how the wind changed.”

“The smoke would also get you down, we were desperate for some clean air.”

WELCOME SURPRISE
The welcome rainfall has come as something of an early surprise. The Bureau of Meteorology in January said rains sufficient enough to extinguish the fires was unlikely until at least March.

In neighboring Victoria state, firefighters were battling around 20 blazes on Tuesday - down from a peak of 60. Heavy rain was also forecast in Victoria for coming days, although officials expect it to dampen, rather than extinguish, many of the fires.

“The lower end rainfall totals won’t put out fires, they will allow them to be contained or controlled by firefighters in the near future,” Victorian State Response Controller Tim Wiebusch told reporters in Melbourne.

The rainfall has, however, proved to be a double-edged sword. Nearly 60,000 households across NSW remained without electricity on Tuesday as flash flooding bought down powerlines and trees.