The Coronavirus will not cripple China’s economy - OPINION 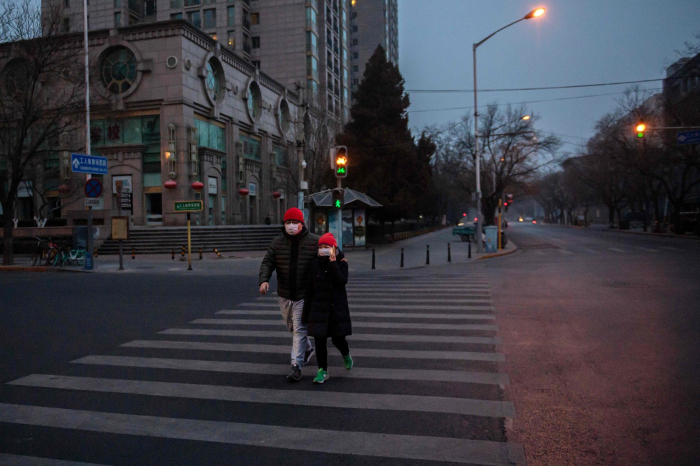 Although the scope of the coronavirus outbreak exceeds that of SARS in 2003, current data suggest that the epidemic will likely reach a turning point in the next two weeks. That would mean China might conquer the virus in the first quarter, which is essential to mitigating the epidemic’s impact on overall growth in 2020.

Just five days before the Chinese New Year, the authorities in Beijing finally declared the coronavirus epidemic that originated in Wuhan to be a major public health emergency. Because Wuhan’s municipal government had initially withheld information and failed to control the virus effectively, about five million residents and temporary workers left the city for the Lunar New Year holidays before the city was officially closed off on January 23. As a result, the virus spread rapidly throughout China and beyond, leading to the current high-profile international health emergency.

Unsurprisingly, China’s economy is slowing down. The services sector, which includes retail, tourism, hotels, and transportation, and accounts for more than half of the country’s GDP, is suffering severely. Disruption in this sector will in turn affect manufacturing. And growing international concern at the continued spread of the virus might further strain trade and limit the movement of people. But the key question is whether we believe it will last longer.

My answer is no. The coronavirus epidemic is very unlikely to last long. Despite all its problems, China undoubtedly still has an unparalleled ability to mobilize resources in response to a large-scale emergency. During the last two weeks, for example, official efforts aimed at controlling panic have been first-rate. In addition to ordering a nationwide mobilization of medical personnel and resources (including from the military), the authorities have been assessing major hospitals’ capabilities to diagnose and treat coronavirus patients. More important, as part of a national disease-control campaign announced on January 20, officials are identifying and observing any citizens who had traveled to and from Wuhan since the outbreak began.

Meanwhile, urban communities and rural villages alike have tightened access restrictions in order to reduce unnecessary movements and aggregations of people, even establishing temporary rationing systems to distribute face masks to families and individuals. In addition, holidays have been extended and schools remain closed. By helping to minimize the public’s exposure to the peak of the epidemic, these steps are playing an effective role in curbing the spread of infection. There is a higher probability that the increase in the number of infections will slow in the coming weeks.

It is still too early to assess the full economic impact of the coronavirus outbreak. However, the key factor will not be the epidemic’s range or severity, but rather its duration. The sooner the epidemic is over, the quicker China’s economy will recover, given its trend growth. Although severe control measures will weaken current economic performance, they might help to end the outbreak earlier.

In any case, as both a theoretical and empirical matter, epidemics can cause only short-term economic slowdowns. Having said that, external shocks will not significantly alter the Chinese economy’s medium- and long-term growth trend. Once the coronavirus storm passes, therefore, the economy will bounce back and return to its previous course.

Back in 2003, for example, most economists and researchers estimated that the SARS outbreak would lower China’s second-quarter GDP growth by about one-fifth, but shave less than 0.5 percentage points off the full-year figure. These forecasts reflected the limited number of regions and sectors affected by SARS, as well as the expectation that the outbreak would last no more than three months.

In the event, second-quarter GDP growth fell by two percentage points, much as expected. At the time, China’s economy was expanding by about 10% annually, and the SARS-induced slowdown was quickly offset by subsequent strong growth. So, on a graph of Chinese growth from 2002 to 2007, the impact of the SARS outbreak is not even visible.

Although the scope of the coronavirus outbreak now exceeds that of SARS, its duration is still the key factor for assessing the size of the impact on the economy. Current data suggest that the epidemic will likely reach a turning point in the next two weeks. That would mean China might conquer the virus in the first quarter, which is essential to mitigating the epidemic’s impact on overall growth in 2020.

True, China’s annual GDP growth of just over 6% in the last several years is much slower than at the time of the SARS outbreak. But the Chinese authorities can still ensure a robust recovery through targeted fiscal- and monetary-policy adjustments that support small and medium-size enterprises and service-sector businesses affected by the coronavirus epidemic.

According to my preliminary estimates, the worst-case scenario is that the epidemic lowers GDP growth in the first quarter by a third or half, leaving the figure 2-3 percentage points lower than in the first quarter of 2019 But if things start to look up in the second quarter, the ensuing rebound will partly offset that drop. And with the necessary macroeconomic policy adjustments in place, economic growth will accelerate again during the second half of the year.

Provided there are no further external shocks, continued policy loosening should limit the full-year decline in GDP growth to 0.5-1 percentage point. That would imply a 5-5.5% full-year economic expansion in 2020, which is still largely in line with China’s current growth trend. But it is not yet clear whether the Chinese government, currently preoccupied with tackling the epidemic, will cut its GDP growth target for this year accordingly.

Zhang Jun is Dean of the School of Economics at Fudan University and Director of the China Center for Economic Studies, a Shanghai-based think tank.