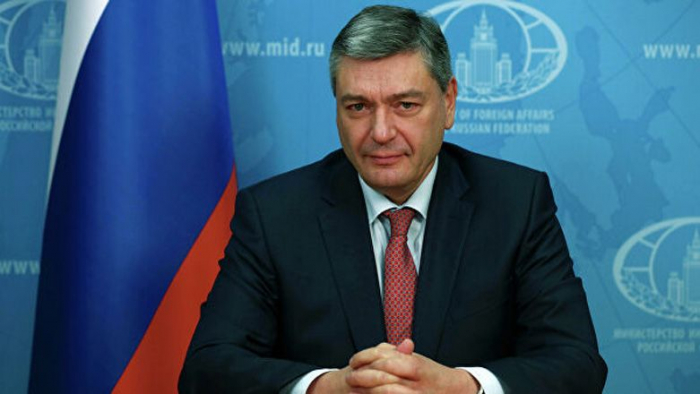 “Russia has always taken an active mediating position,” Rudenko said. “The Karabakh issue remains in the focus of attention of the Russian president and the foreign minister.”

“Among the documents signed with the direct assistance of Russia is the 1994 ceasefire agreement that has been so far the basis for truce,” the deputy foreign minister noted.

The deputy foreign minister noted that Russia carries out its mediation mission in close contact with French and US partners.


“In April last year, in Moscow, Russian Foreign Minister Sergey Lavrov organized a meeting of the foreign ministers of Armenia and Azerbaijan, which was also attended by the co-chairs of the OSCE Minsk Group,” said Rudenko. “At this meeting, in continuation of the agreements reached between Azerbaijani President Ilham Aliyev and Armenian Prime Minister Nikol Pashinyan in Vienna last year, specific proposals were worked out aimed at creating an atmosphere conducive to the resumption of the substantive negotiation process on the conflict’s settlement.”

The deputy foreign minister added that the situation on the border and the contact line of the troops remains relatively calm.

“There is communication line between Yerevan and Baku,” Rudenko said. “The parties declare their readiness to continue the search for compromise solutions. We support this attitude. There is a basis for continuing work. The main thing is to show political will.”