President Aliyev meets with Secretary-General of SCO in Munich -UPDATED 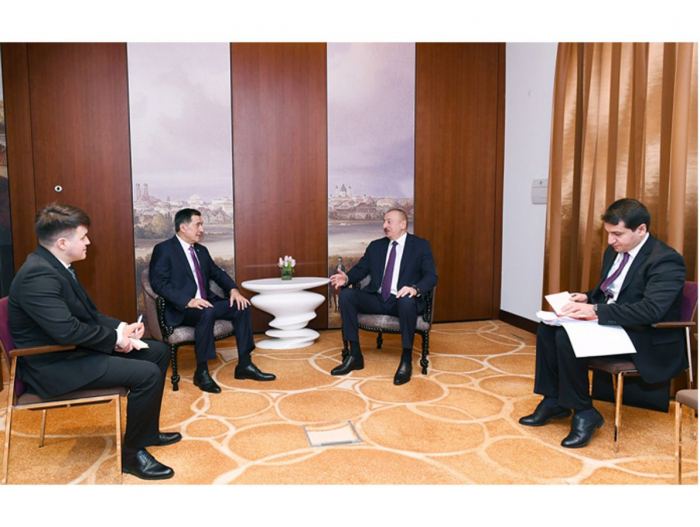 As part of the Munich Security Conference, President of the Republic of Azerbaijan Ilham Aliyev has met with Secretary General of the Shanghai Cooperation Organization (SCO) Vladimir Norov.

Vladimir Norov thanked the president Ilham Aliyev for the meeting. Norov talked about the close and friendly relations among the States of the SCO highlighting the energy and infrastructure projects in a bilateral and trilateral format.

SCO Secretary-General also highly evaluated the initiatives of the president of Azerbaijan to hold a conference on the development issues of the North-South and East-West (TRACECA) transport corridors of the member states of the SCO on April 21. "Most of the member states supports this initative. This conference will be a platform for the discussion of close relations and cooperation in the field of transport", Norov noted.

The sides emphasized the important role of Azerbaijan in the dialogue partner of the SCO. They also stated that this year conference will be dedicated to the transport issues within the cooperation between Azerbaijan and the SCO.