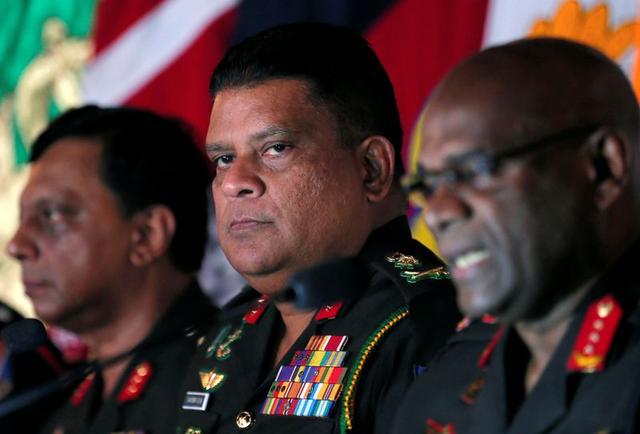 “The allegations of gross human rights violations against Shavendra Silva, documented by the United Nations and other organizations, are serious and credible,” Pompeo said in a statement.

U.S. sanctions imposed on Friday by Washington bar both Silva and his immediate family members from entering the United States.

Sri Lanka’s Ministry of Foreign Relations called on Washington to review its decision and said there were “no substantiated or proven allegations of human rights violations against him.”

“The Government of Sri Lanka takes strong objection to the imposition of travel restrictions on Lt. Gen. Silva and his immediate family members by the Government of the United States, based on independently unverified information,” the ministry said in a statement.

Silva’s appointment as army commander of the island nation in August drew sharp criticism from the United States and the United Nations, which later suspended the Sri Lankan army from its peacekeeping operations.

Silva led an army division against Tamil Tiger rebels in the final phases of Sri Lanka’s 26-year-long civil war, which ended in 2009.

His victory, however, was highly controversial. Thousands of civilians were killed in the last phases of the conflict, including in areas declared by the government to be a “no fire zone,” which came under sustained army shelling, including hospitals.

A U.N. panel has accused Silva’s division of suspected extrajudicial executions of unarmed rebels in the final week of the war and systematic torture of people in custody.