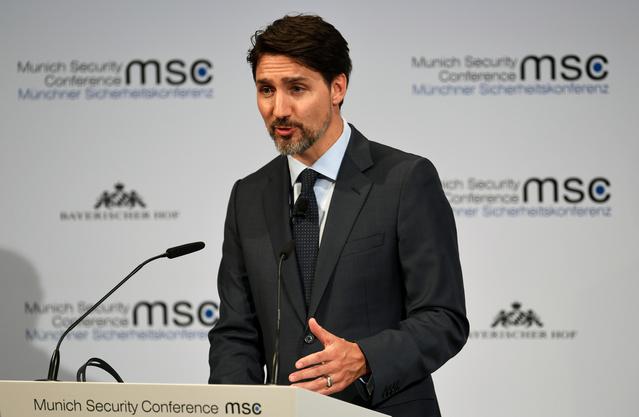 Canada's Prime Minister Justin Trudeau said he had "impressed upon" Iran's foreign minister on Friday that a complete and independent investigation into the shooting down of a Ukrainian passenger plane in January had to be carried out.

“The promise I made to Canadians was to find answers for them and ensure that Iran leads a full investigation with the international community ... and holds to account the people responsible for this and that is my focus,” Trudeau told reporters after meeting Mohammad Javad Zarif earlier on Friday.

Iran has rejected Trudeau’s call to send the “black box” flight recorders from the plane abroad to be decoded. Trudeau said he had repeated that demand on Friday.

Many of the 176 who perished in the disaster were Iranians with dual citizenship, which is not recognized by Iran. Canada had 57 citizens on board.

Zarif said on Feb. 11 that Canada’s complaint about the plane that was mistakenly shot down by Iran’s Revolutionary Guards in January had no legal basis.

Canadian lawyers, who previously successfully sued Iran, are seeking class-action status in a lawsuit on behalf of relatives of victims aboard the plane, looking for at least C$1.5 billion ($1.1 billion) in compensation.

Trudeau added that he wanted to draw up something positive from the tragedy by working toward the implementation of international frameworks to prevent passenger aircraft flying near conflict zones.