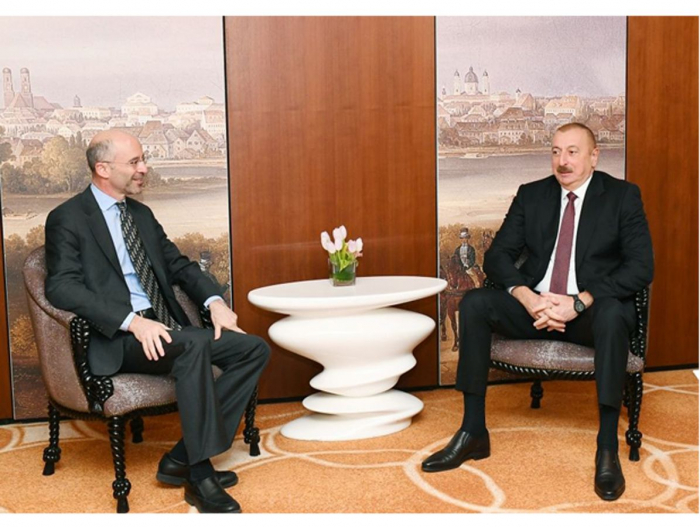 President of the Republic of Azerbaijan Ilham Aliyev has met with President and Chief Executive Officer (CEO) of the International Crisis Group Robert Malley in Munich.

The head of state reiterated the country`s position on the fair settlement of the Armenia-Azerbaijan Nagorno-Karabakh conflict. President Ilham Aliyev said that the conflict must be resolved only on the basis of the norms and principles of international law, relevant UN Security Council resolutions and within internationally recognized borders of Azerbaijan and its territorial integrity.

It was noted that the International Crisis Group prepared various reports on the Armenia-Azerbaijan Nagorno-Karabakh conflict.

The sides stressed the importance of the fact that issues related to illegal activities in the occupied territories of Azerbaijan, as well as Armenian illegal settlement policy were reflected in the recent reports.

They exchanged views on the settlement of the Armenia-Azerbaijan Nagorno-Karabakh conflict and other issues of mutual interest.