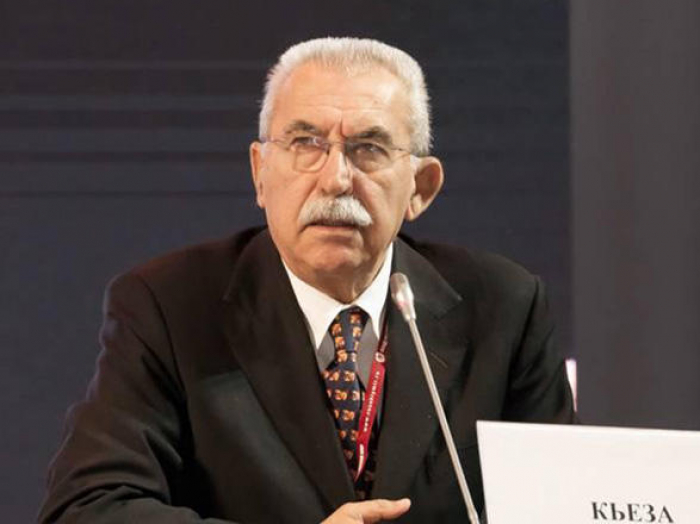 Implementation of the Southern Gas Corridor (SGC) large-scale project is of great importance for Europe and also contributes to the growth of Azerbaijan’s image in the international arena as a guarantor of energy security of the European continent, Giulietto Chiesa, famous Italian politician, prominent public figure, writer and journalist told Trend.

Chiesa said that the phased implementation of this complex project has demonstrated coordinated and purposeful activity of all its participants.

“Implementation of the Trans-Anatolian Natural Gas Pipeline (TANAP), which reached the Turkish-Greek border last year, was a landmark event that attracted attention of whole Europe,” the Italian politician noted. “The world is closely watching this process, which is almost close to completion. The implementation of such a large-scale project is a historic event, it is of tremendous importance for all its participants and partners. This is a project of the highest level, which increases Azerbaijan’s prestige throughout the world. In fact, Azerbaijan, through the SGC, is changing the energy map of Europe.”

Chiesa noted the importance of holding the upcoming SGC Advisory Council meeting in Baku, during which the activities carried out as part of the project will be discussed.

“Transporting Azerbaijani gas to European markets is in the interests of all importing countries and this is a serious help in the support for this project from the EU, its launch will be a historic victory for Azerbaijan,” the Italian politician said. “Namely through the implementation of such significant projects as the SGC Azerbaijan is becoming more influential player in the international arena and is actually changing the energy map of Europe. The world agenda contains challenges related to energy security, on which the national security of countries depends. In this respect, the role of the SGC is indispensable.”

Further, Chiesa noted the high level of relations between Azerbaijan and Italy.

“The cooperation between Azerbaijan and Italy is developing dynamically, but, in my opinion, these relations need to be further deepened to open new opportunities for long-term and effective interaction,” the journalist added.

Azerbaijan’s gas supplies to Europe via the SGC will begin this year.

The launching ceremony of the first stage of the Southern Gas Corridor was held in Baku on May 29, 2018, while opening ceremony of TANAP’s Phase 0 was held on June 12, 2018 in the Turkish city of Eskisehir. TANAP-Europe connection was opened on Nov.30, 2019 in Ipsala, Edirne, Turkey.