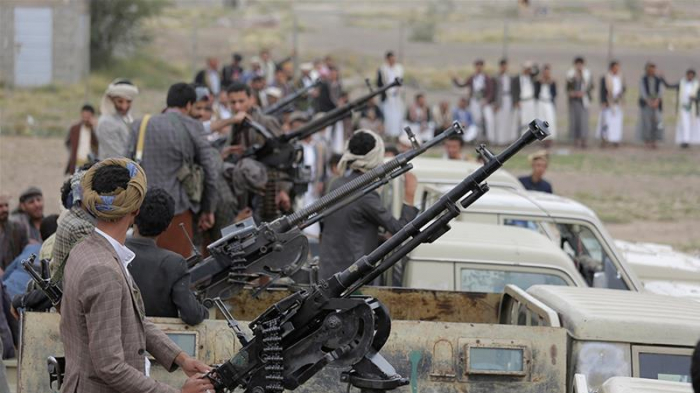 "This is a step towards the fulfillment of the parties’ commitment to the phased release of all conflict-related detainees according to the Stockholm Agreement," it said in a statement.

The key announcement came after seven days of meetings between the Yemeni government and Houthi rebels concluded Sunday in Jordan’s capital Amman at which it was decided to immediately begin exchanging lists for the upcoming release.

Last month, Jordan hosted a first round of talks between the two sides in hopes of reaching a mutually-acceptable prisoner-exchange agreement.

"Today the parties showed us that even with the growing challenges on the ground, the confidence they have been building can still yield positive results," said Martin Griffiths, the UN Special Envoy for Yemen.

He called on the factions in the war-weary country to proceed with the planned exchange "with the utmost sense of urgency".

"Progress has been too slow on this front. The pain of the thousands awaiting reunion with their loved ones must end," said Griffiths.

Late last year, peace talks in Sweden ended with a ceasefire being declared in Yemen’s coastal province of Al-Hudaydah.

Since then, however, the warring parties have failed to withdraw from the province in line with the terms of the Stockholm agreement.

Yemen has been beset by violence and chaos since 2014, when Houthi rebels overran much of the country, including the capital Sanaa.

The crisis escalated in 2015 when a Saudi-led military coalition launched a devastating air campaign aimed at rolling back Houthi territorial gains.

Since then, tens of thousands of Yemenis, including numerous civilians, are believed to have been killed in the conflict, while another 14 million are now at risk of starvation, according to the UN.