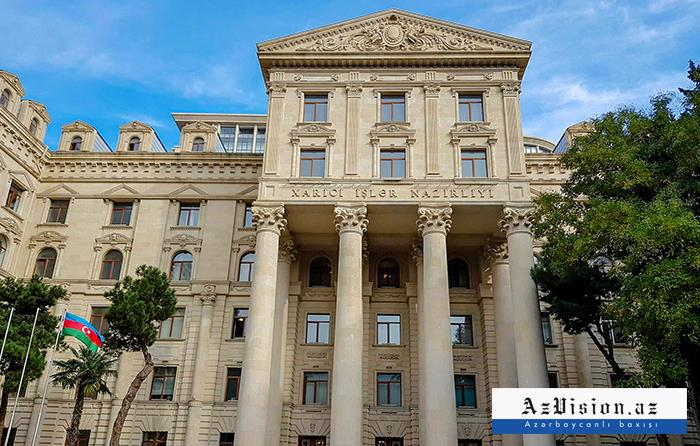 On 21 February 2020, Khyber Pukhtunkhwa Provincial Assembly of Pakistan adopted a resolution on reaffirming the respect to territorial integrity of the Republic of Azerbaijan, the Foreign Ministry told AzVision.az.

In the resolution the Provincial Assembly of Khyber Pukhtunkhwa values the strategic partnership between Pakistan and Azerbaijan based on principles of respect, trust and mutual understanding and underlines the shared cultural values, common perceptions on global and regional issues and close cooperation at international arena between the two countries.

The Assembly reaffirms the sovereignty and territorial integrity of Azerbaijan within its internationally recognized borders and condemns the occupation of the territories of Azerbaijan by Armenia and the genocide committed by Armenian armed forces in the Azerbaijani town of Khojaly on February 26 1992, against the civilian population and ignorance of the OIC and UN resolutions and supports the efforts of the Republic of Azerbaijan to resolve the Armenia-Azerbaijan Nagorno-Karabakh conflict by peaceful means. The Assembly reiterates that diplomatic relations will not be established with Armenia until it liberates occupied territories of Azerbaijan and genuine peace between the two countries is achieved.

Khyber Pukhtunkhwa is one of the four administrative provinces of Pakistan and located in the northwestern region of the country and it is the third-largest province of Pakistan by the size of both population and economy. The Provincial Assembly is a unicameral legislative body consisting of 145 elected members.

The relevant resolutions recognizing the Khojaly genocide and urging the immediate withdrawal of Armenian forces from the occupied Azerbaijani lands, supporting the territorial integrity of Azerbaijan were adopted by the Foreign Affairs Committee of the Senate of Pakistan in 2012 and the Standing Committee on Foreign Affairs of the Pakistani National Assembly in 2017.