Has Australia’s luck run out? - OPINION 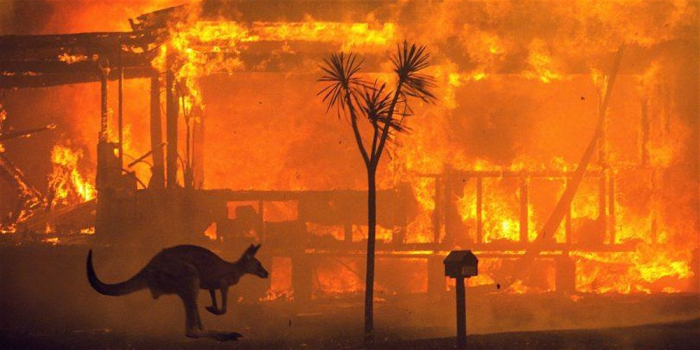 After three decades of surfing on a wave of Chinese demand for its coal and other resources, Australia is now confronting a dual crisis that will eventually come to define the twenty-first century. One way or another, climate change and China's rise will force policymakers everywhere to reckon with trade-offs they have long chosen to ignore.

By any reasonable standard, Australia is a long way off from most other countries. Sydney is closer to the South Pole than it is to Singapore. Direct flights from Washington, DC, or Brussels to Canberra remain beyond our technical capabilities; there is always a layover somewhere.

Still, for better and worse, geography is less important than it used to be. Australia may be remote, but it is very much of this world. In fact, it is already on the frontline of two global challenges that will shape the international agenda in the decades ahead. Spend a few days in the country and you will quickly realize that its politics are all about China and climate change – and sometimes a combination of the two. Pretty soon, the same will hold true for many other countries around the world.

Among the world’s democracies, Australia is perhaps the most dependent on China economically. It is the world’s largest net coal exporter, and its biggest customer is China. It is thus also more dependent on fossil-fuel exports than many other countries; and yet it stands to lose more than others as the real-world costs of climate change come due.

Still, the Australian economy is unique among industrialized countries in that it has grown continuously for almost three decades without a recession. Australian governments implemented reforms to open up the economy just when China was embarking on its meteoric rise. For 30 years, Australia, with its abundant supply of energy and other resources, has been able to surf on a growing wave of Chinese demand.

This arrangement was nothing if not convenient. Given the two countries’ relative proximity, Chinese tourists and immigrants started to flock to Australia. Chinese students became mainstays at its universities. The money just kept rolling in, and Australian property prices duly rose.

But then China became more assertive in its economic and foreign policies. Journalists started to expose what looked like attempts by Chinese actors to buy political influence in Australia. And these revelations led to questions over whether Australian university curricula are avoiding topics that could irritate China (and Chinese students).

In any case, Australians suddenly realized that their close dependence on China had made their country vulnerable. Australian policymakers have since been addressing the threat. In August 2018, Australia became the first Western country to indicate that it will not allow Chinese vendors to supply its forthcoming 5G network (though the government’s statement does not mention any country explicitly, its meaning is clear).

The Chinese leadership was not amused. High-level bilateral contacts have since been frozen, though economic links have remained intact. Australians are becoming increasingly nervous about the future. Will Chinese money keep rolling in freely, or will the Chinese regime start to use Australia’s economic dependence as a weapon, as it has done previously against Japan and South Korea?

Confronted with these new pressures, Australia has become increasingly dependent on its security relationship with the United States. But with Sino-American relations deteriorating, it is unclear whether Australia can maneuver the gap between the twenty-first century’s Scylla and Charybdis. Were it to incur the wrath of either power – or of both at the same time – its long economic honeymoon would probably come to an end.

Complicating matters further is the climate-policy challenge. Whereas previous Australian prime ministers fell on their swords in an effort to develop a realistic energy and climate agenda, the current Australian government has been accused of dragging its feet on the issue. Indeed, Prime Minister Scott Morrison famously waved around a lump of coal in Parliament to show that it was nothing to be afraid of. After a long “Black Summer” of unprecedented bushfires, he is unlikely to repeat that stunt.

Just as Australia must address its dangerous dependence on China, so must it start taking climate change seriously. Neither problem admits of easy policy solutions, and other Western democracies that depend on China economically will not be spared similar dilemmas.

Australia’s experience – both good and bad – offers valuable lessons for us all. It is the proverbial canary in the coal mine. Policymakers and political leaders everywhere need to engage in an honest assessment of the risks posed by a rising China and a warming planet; and we all must start phasing out fossil fuels. Australia now finds itself on the frontline of these two major issues. The rest of us will join it there soon enough.


Carl Bildt was Sweden’s foreign minister from 2006 to 2014 and Prime Minister from 1991 to 1994, when he negotiated Sweden’s EU accession. A renowned international diplomat, he served as EU Special Envoy to the Former Yugoslavia, High Representative for Bosnia and Herzegovina, UN Special Envoy to the Balkans, and Co-Chairman of the Dayton Peace Conference. He is Co-Chair of the European Council on Foreign Relations.