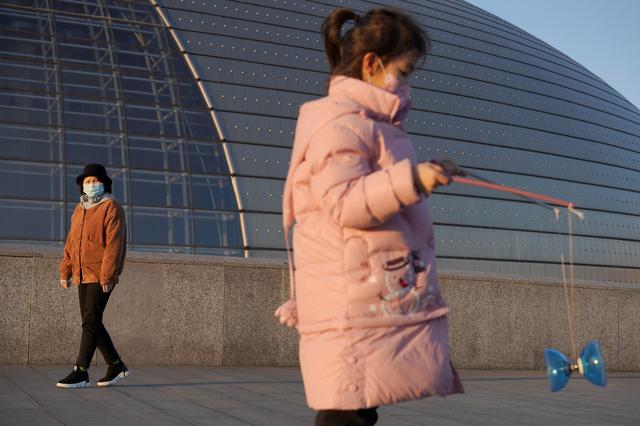 South Korea raised its disease alert to the highest level on Sunday after a surge in coronavirus infections and two more deaths, while China state media warned the outbreak there had yet to reach a turning point despite some signs of easing.

South Korea’s president said he was putting the country on “red alert” due to the rapid rise in new cases, which are largely being traced back to church services. Health officials reported 169 new infections, bringing the total to 602, having doubled from Friday to Saturday.

The escalation in the alert level allows the government to send extra resources to Daegu city and Cheongdo county, which were designated “special care zones” on Friday.

South Korea’s Yonhap News Agency said it also enables the government to forcibly prevent public activities and order the temporary closure of schools, though the government gave no immediate details on what steps could be taken.

In China, the health commission confirmed 648 new infections - higher than a day earlier - but only 18 were outside of Hubei province, the lowest number outside of the epicenter since authorities started publishing data a month ago and locked down large parts of the country.

But the number of cases continued to climb elsewhere.

Japanese Prime Minister Shinzo Abe instructed government agencies on Sunday to urgently prepare medical provisions and draft a comprehensive plan to curb the spread of the virus, after it reported 27 more cases a day earlier.

The U.S. State Department raised its travel advisory level one notch for South Korea and Japan to Level 2 on a scale of 1 to 4.

Concern about the reach and rapid spread of coronavirus also grew in Europe and the Middle East.

Cases in Italy, Europe’s worst hit country, more than quadrupled to 79 on Saturday, with two deaths.

Iran reported a total of 43 infections, with eight deaths - all since Tuesday - forcing some of its neighbors to announce travel and immigration curbs.

The World Health Organization on Saturday stressed that the number of cases outside of China was still relatively few, but it was worried by the detection of infections without a clear link to China.

The disease has spread to some 26 countries and territories outside China, killing more than a dozen people, according to a Reuters tally. It has been fatal in 2% of reported cases, with the elderly and ill the most vulnerable, according to the WHO.

The potential economic impact of coronavirus was prominent at a meeting of G20 finance ministers in Riyadh, at which the International Monetary Fund chief said China’s 2020 growth would likely be lower at 5.6%, down 0.4 percentage points from its January outlook, with 0.1 percentage points shaved from global growth.