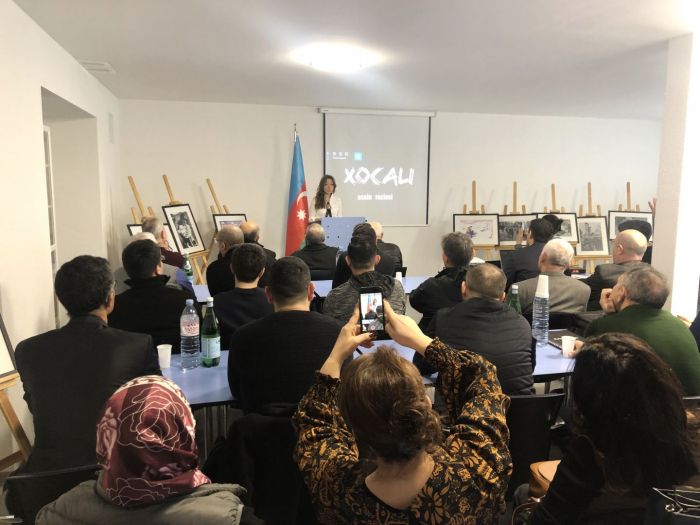 An event commemorating the 28th anniversary of the Khojaly genocide has been held in Solothurn, Switzerland.

After the commemoration of victims with a moment of silence, Ambassador Hanum Ibrahimova started her opening address with the quote from national leader Heydar Aliyev - "The Khojaly genocide with its inconceivable cruelty and inhuman punitive methods was completely targeted against the people of Azerbaijan and represents a barbarian act in the history of humankind. At the same time, this genocide was a historical crime against humanity".

Then she briefed the guests about the Khojaly massacre, which she characterized as the most painful tragedy in the recent history of the Azerbaijani people. Ambassador talked about the atrocities committed by Armenia, noting Azerbaijan's efforts to expose the aggressive policy of this country in the world. She informed the audience about the international awareness campaign "Justice for Khojaly!", initiated by Leyla Aliyeva, Vice-president of the Heydar Aliyev Foundation.

The Head of the “Azerbaijan-Turkish Culture Association” Cevzet Aras welcomed the guests and talked about the Khojaly tragedy. He called the massacre as continuation of ethnic cleansing policy carried out by the Armenian chauvinist-nationalists against Azerbaijanis.

After the speeches, the documentary film "613" was screened.

The Embassy also organized an exhibition reflecting the horrors of the Khojaly genocide, as well as Armenian-Azerbaijani Nagorno-Karabakh conflict.