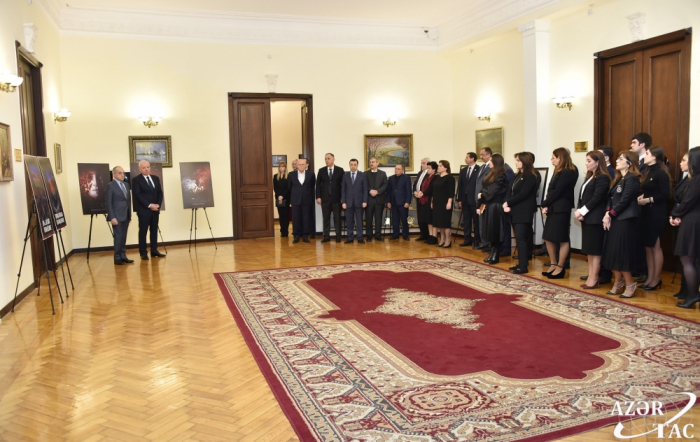 An event commemorating the 28th anniversary of the Khojaly genocide has been held at Azerbaijan`s Constitutional Court.

The event started with a minute of silence for victims of the Khojaly tragedy, which was followed by demonstration of works by young artists dedicated to the Khojaly massacre.

Khojaly genocide, which was committed by Armenian armed forces in the Azerbaijani town of Khojaly on the night of 25-26 February 1992, is considered one of the gravest crimes against humanity in the late 20th century.

Official figures prove that as a result of the genocidal act in Khojaly, 613 people were killed, including 106 women, 63 children and 70 elderly. As a result of the massacre, 8 families were completely annihilated, 56 people were tortured to death, 27 families had only one surviving member, 25 children lost both parents, 130 children lost one parent, 230 families lost the breadwinner, 487 people became disabled, including 76 minors, 1,275 people were taken hostage, 1,165 people were released from captivity, fate of 150 people is still unknown.