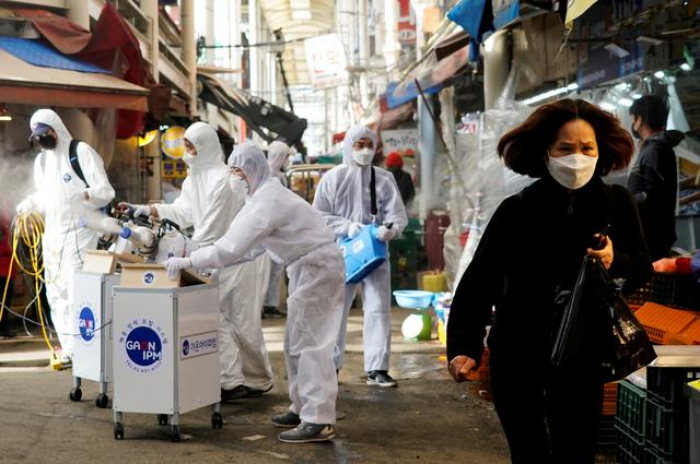 South Korea reported 169 new coronavirus cases on Wednesday, including a U.S. soldier, as health authorities readied an ambitious plan to test more than 200,000 members of a church hit hardest by the country’s outbreak.

The new cases pushed the total tally to 1,146, with the numbers expected to rise as the government widens its testing.

Of the new cases, 134 were from Daegu city, where a branch of the Shincheonji Church of Jesus, which has been linked to outbreaks, is located, the Korea Centers for Disease Control & Prevention (KCDC) said.

The U.S. military reported its first case of the coronavirus on Wednesday, in a 23-year-old soldier based in Camp Carroll, about 20 km (12.4 miles) from Daegu. The camp is also near a disability centre that has had its own outbreak of the virus.

A twelfth death from the virus was reported on Wednesday, according to the Joongang Ilbo newspaper.

Around 80 percent of the country’s cases - including at the disability centre - are linked to the Daegu church, and to a hospital in nearby Cheongdo County, which some members are believed to have visited.

The church said it had agreed to provide the government with contact details for all of its members and people in trainee programmes, on the understanding that the information would not be made public.

“We have obtained a list of 212,000 number of the Shincheonji believers from the church last night,” vice health minister Kim Gang-lip said at a briefing on Wednesday.

“We will pass the list to local governments,” he said. “Local governments will check whether the believers have respiratory or fever related symptoms and visit their homes to test them.”

The coronavirus is believed to have originated in China before spreading to dozens of other countries and territories.