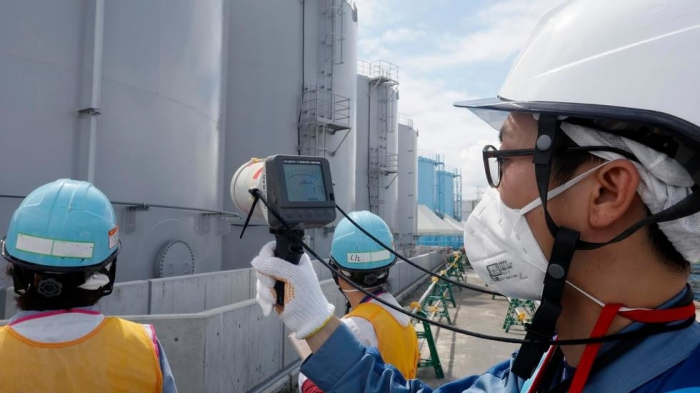 Japan has around a million tonnes of contaminated water stored in tanks at the site of the Fukushima Daiichi plant, whose reactors went into meltdown after a huge tsunami in 2011.

A government panel last month recommended the water be released into the ocean or vaporised, but no final decision has been taken, with all solutions deeply unpopular with sections of the Japanese public.

"Of course the decision on what to do and when is a matter for the Japanese government," he said.

"Our final analysis is not completed but I can tell you already that we find the (panel) report based on a sound methodology and a systematic approach," he added, describing the two options proposed as "in line with well-established practices all around the world."

"Releasing into the ocean is done elsewhere, it's not something new, there is no scandal here," Grossi added.

"But what is important is to do it in a way that is not harmful and you need somebody to monitor before, during and after release, to check that everything is okay."

The radioactive water comes from several different sources -- including water used for cooling at the plant, and groundwater and rain that seeps into the plant daily -- and is put through an extensive filtration process.

Most of the radioactive isotopes have been removed by the filtration system, but one -- tritium, which has a long half-life -- remains.

The issue is controversial, however, with some of Japan's neighbours raising questions about the safety of releasing the water, and locals -- including fishermen -- concerned about the reputational risks of any release.

Grossi said a "very comprehensive communication strategy" would be key to the process.

"You may have the best technical strategy but a political failure if you don't communicate well," he said.

"It's an issue of legitimate concern."

The 9.0 magnitude quake of March 2011 sparked a huge tsunami along Japan's northeast coast that killed more than 18,000 people.

The nuclear disaster it spawned is not directly blamed for any deaths, though contamination rendered swathes of the coast uninhabitable, possibly for decades.