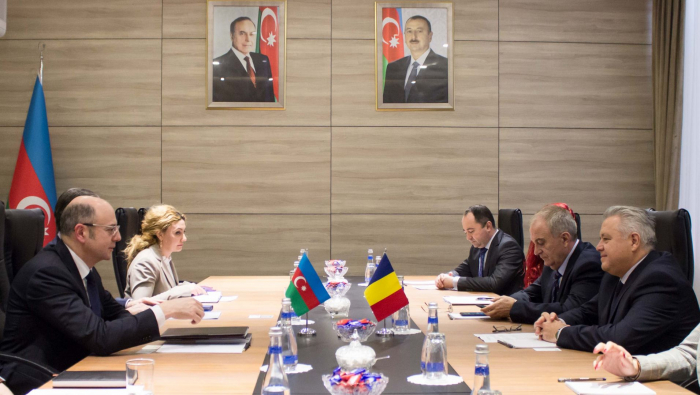 Azerbaijani Minister of Energy Parviz Shahbazov received a delegation led by Romanian Deputy Minister of Economy, Energy and Business Environment Niculae Havrilet that is in Baku to attend the sixth meeting of the Advisory Council of the Southern Gas Corridor, AzVision.az reports referring to the Azerbaijani Ministry of Energy.

The representatives of TRANSGAZ S.A. and ROMGAZ S.A. companies attended the meeting.

During the meeting, the cooperation with Romania in the field of trade in oil, oil and petrochemical products was discussed, and the opportunities created by the format of the Advisory Council in developing of cooperation in the energy sector were also stressed.

Shahbazov praised Romania’s regular participation in the ministerial meetings as part of the Southern Gas Corridor Advisory Council as indicator this country's interest in the project.

Havrilet spoke about the importance of the Southern Gas Corridor and informed that Romania is interested in participating in this project in the future.

The Romanian deputy minister shared the views on using the capabilities of the BRUA interconnector project and the Bulgaria-Romania interconnector to further expand the Southern Gas Corridor to Central Europe.

The prospects of cooperation between the two countries in the energy sector were also discussed during the meeting.