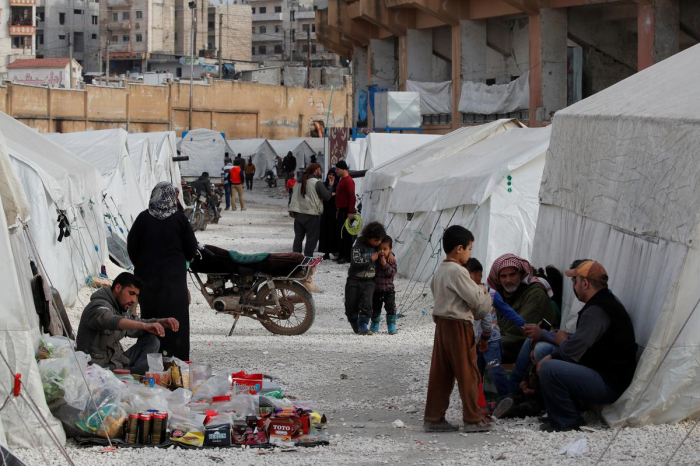 Turkey will no longer stop Syrian refugees from reaching Europe, a senior Turkish official said, as Ankara responded on Friday to the killing of 33 Turkish soldiers in an air strike by Syrian government forces in Syria’s northwestern Idlib region, AzVision.az reports citing Reuters.

Turkey has sent thousands of troops and heavy military hardware into Syria and Erdogan has warned that Turkey would launch a full-scale offensive to repel Syrian forces unless they pulled back from Turkish observation posts in the region.

The killing of 33 Turkish soldiers and wounding of 32, announced by the governor in Turkey’s Hatay province bordering Syria, raised the Turkish military death toll in the region to 54 this month.

Turkey’s communications director, Fahrettin Altun, said that in retaliation, “all known” Syrian government targets were being fired on by Turkish air and land support units.

Details of the retaliation were not immediately clear.