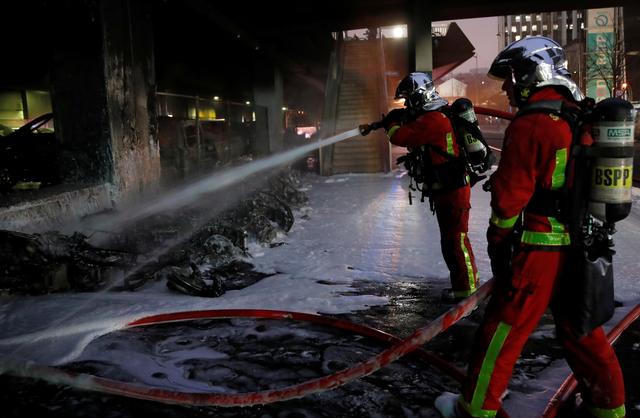 Police evacuated the Gare de Lyon railway station in Paris on Friday after people started fires nearby in protest against a planned concert by a singer from the Democratic Republic of Congo.

Police had banned a planned protest against the concert by Fally Ipupa in the nearby AccorHotels Arena concert hall. But protesters, who say Ipupa is too close to the political leaders in his country, tried to block people from making their way to the concert, one of the protesters told Reuters.

The protestors also set fire to parked scooters, motorcycles and garbage bins in the area, and to at least one car in a parking lot by the station, French media reported.

Clouds of black smoke billowed over the station in the late afternoon.

At 1730 GMT the police prefecture said on its Twitter feed that the fire was under control and asked people to stay away from the area.