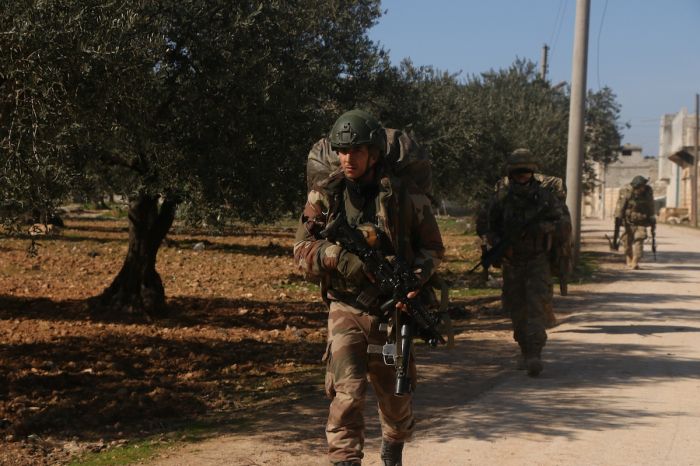 One Turkish soldier was killed and two were wounded in shelling by Syrian government forces in Syria's northwest Idlib province, the Turkish Defense Ministry said on Friday, a day after 33 Turkish soldiers were killed in an attack in the region.

The ministry said on Twitter that the Syrian government forces were being targeted in the region, where Turkey has sent thousands of troops and military hardware to support rebels fighting against the Syrian army.