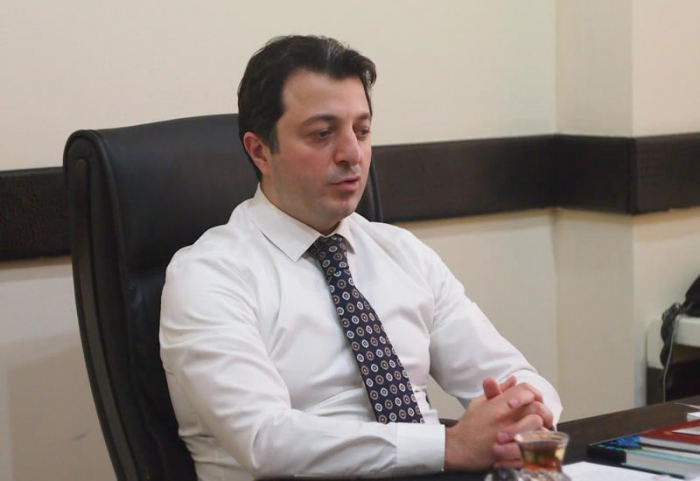 Head of the Nagorno-Karabakh’s Azerbaijani community Tural Ganjaliyev who stood in the parliamentary election in Azerbaijan earlier this month, has said that he is ready to represent Karabakh’s Armenian community as well.

Ganjaliyev won a seat from Xankendi town in Nagorno-Karabakh region, which has been under Armenian occupation since 1994.

In an exclusive interview with Azernews on February 28, Ganjaliyev said: “I ran for Khankendi Constituency №122 and won the election [on February 9 snap election]. If my mandate is approved by the Constitutional Court, after approval, I would like to appeal to the Armenian community through your portal and tell them that I represent the Armenian community and not just the Azerbaijani community of Khankendi. Let them support their elected representative. We are ready to represent them.”

Commenting on the planned so-called "parliamentary and presidential elections" to be held by the separatist regime in the occupied Nagorno-Karabkh in March, Ganjaliyev said that those "elections" are unrecognized by the world.

“In March, the illegal regime in Nagorno-Karabakh will hold an illegal election. It has no legal basis and is not recognized by the world. I am addressing the Armenian community to support the legally-elected lawmaker who represents Khankendi, instead of living in an illegal regime and conducting illegal elections. I will deal with your problems, and tell the Azerbaijani Parliament about them. Let the Armenian community know that they already have a legally elected deputy,” Ganjaliyev said.

He spoke about the difficulties of representing a constituency that is under occupation and whose electorates have been displaced.

"We have to travel all over Azerbaijan to meet with our voters and listen to their problems. Regardless of all difficulties, it is a privilege and a responsibility for us. Their voices, their problems, and especially their plight as a result of Armenian aggression and Armenian occupation, will be voiced not only in the Parliament, but also from the tribunes of reputable organizations around the world, and as a Community, I believe we have already begun to do so. I've been doing this since last year and after gaining the mandate in the parliament, I will strengthen my efforts,” Ganjaliyev said.

Furthermore, Ganjaliyev said that his community has voiced its support for the OSCE Minsk Group co-chairs’ proposal about preparing “populations for peace” from day one as long as Azerbaijan’s occupied territories are returned.

Ganjaliyev mentioned the recent initiative of the Minsk Group to organize mutual visit of journalists, saying that unfortunately, the Armenian side used the visit as a propaganda tool and as a black PR.

Furthermore, Ganjaliyev commented on the debate between Armenian President Nikol Pashinyan and President Ilham Aliyev within the Munich Security Council on February 15.

He said President Aliyev touched upon important facts during the debate.

“The first one was to emphasize that Armenian did not have the right for self-determination in Azerbaijan’s territories for the second time. This was a very important message, as Armenia has already established itself as a nation within its own territory. For the second time, they can determine their destiny somewhere else but not at the expense of our territories,” Ganjaliyev said.

“There is a term in the international law, Terra nullius, that is, "nobody's land". If Armenians can find an uninhabited area on earth, they will go there to determine their destiny.”

Ganjaliyev also commented on Pashinyan’s lack of historical knowledge and expertise on the Nagorno-Karabakh.

“How is it that Pashinyan is unaware that Xankendi’s name was changed into Stapanakert after the name of Armenian bandit, Bolshevik Stephan Shaumyan in 1923 but talks about the events dating back to the B,C.?”

Speaking about the community’s work in the upcoming years, Ganjaliyev said that a very comprehensive program of Azerbaijani community for 2020 has been approved.

“We will have numerous events both inside and outside the country, with expected international visits. Overall, it is important that we, as a community, are particularly active internationally, make visits, and meet with representatives of international organizations. The Azerbaijani community of Nagorno-Karabakh along with the Armenian community has been identified in the OSCE documents as an equal interested party of the conflict. Therefore, this year we will work to the fullest extent,” Ganjaliyev said.